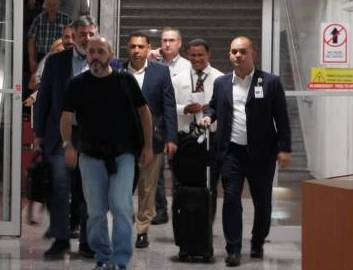 Santo Domingo.- The Justice Ministry began to present its closing arguments in the Odebrecht trial, with which it seeks that the six defendants be convicted. It emphasized that corruption contributes to increasing poverty and robs citizens of the right to have access to basic services.

“Corruption robs us of our hopes of a better life, allowing the resources of the State, public resources, the resources for which you and I get up every morning to work to produce money, to produce goods, to go into the pockets of a few. and services that should be destined for the collective and common benefit of society,” said prosecutor Mirna Ortiz to the judges who make up the First Collegiate Court of the National District.

That topic was the first point made by Ortiz during the final discussion of the process. With these arguments, supported by the evidence they incorporated, they intend to demonstrate why Ángel Rondón, who served as Odebrecht’s commercial representative, should be found guilty; together with former officials Víctor Díaz Rúa, Roberto Rodríguez, former senators Andrés Bautista and Tommy Galán and the lawyer Conrado Pittaluga, in the case of the US$92 million bribe admitted by Rondon.