In 18 provinces, 50 percent of people have not been vaccinated 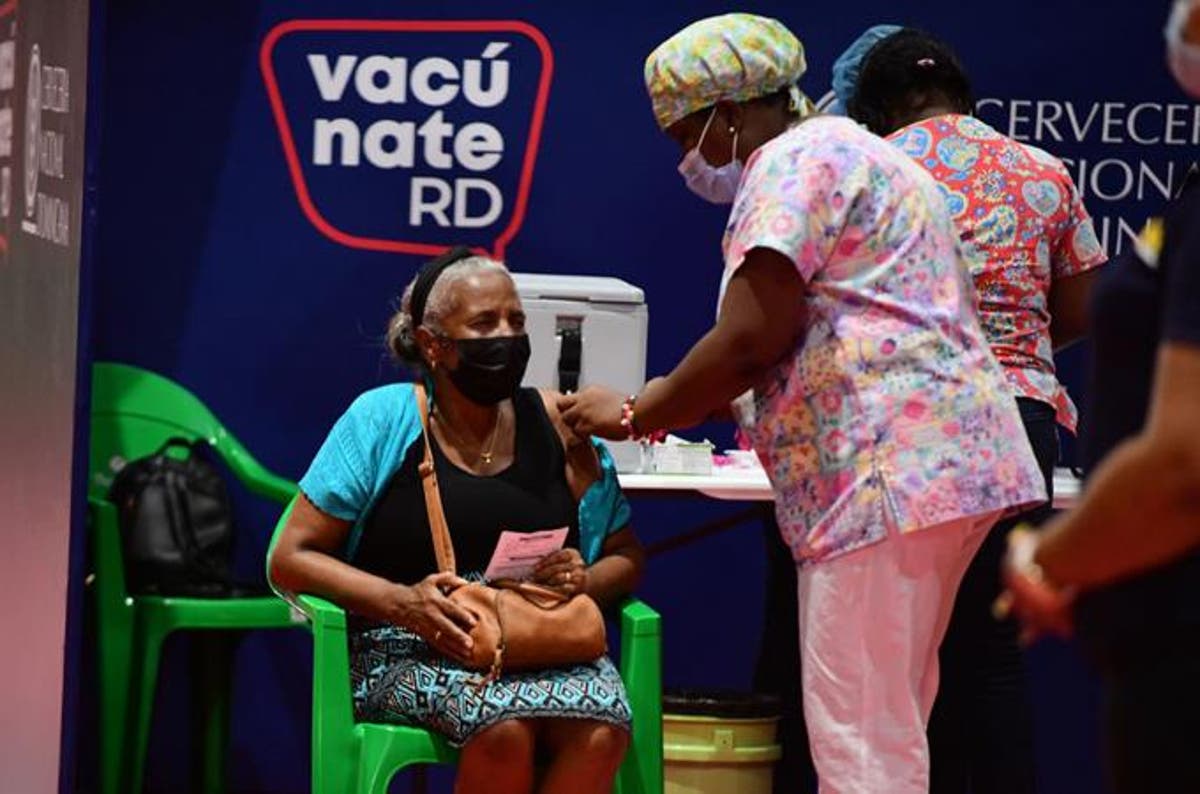 The government expects each province to exceed 70% of those vaccinated with two doses to remove restrictions.

At least 18 provinces in the country have not been able to vaccinate 50% of their population over 18 eligible for the Covid-19 vaccine with the two doses. In comparison, 13 provinces exceed 50% of that target population.

Meanwhile, only one province, La Altagracia, has exceeded the goal proposed by the government in its plan to de-escalate 70% of those vaccinated with the two doses, reaching 78.6%, while the province lagging in vaccinating is San Cristobal, which has 39.5% of its population vaccinate with the two-dose complete scheme.

The national average of application of the two doses of vaccine against Covid-19 is 50.2%. In contrast, with the application of the first dose, the average stands at 65.5%, applied since last February to date when the country began the National Vaccination Plan, which began with health personnel, teachers, seniors, and military, followed by the other population groups. Initially, the plan contemplated the vaccination only of those over 18 years of age. Still, later, after the arrival of the vaccine from the pharmaceutical company Pfizer, those over 12 years of age were included.

According to the official report of vaccination against Covid-19 in people over 18 years of age with preliminary figures to the 26th of this month of VacunateRD, the province with the highest number population with the two-dose scheme applied is Espaillat with 59.6%; followed by Puerto Plata with 55.3% and Independencia with 55.2%.

Further progress
In applying the first dose of the vaccine against Covid-19, all provinces show more significant progress, with percentages ranging from 57.7% in San Cristobal to 104.9% in La Altagracia.

It is explained that the percentage exceeds 100% because the data correspond to the number of vaccinated by the centers within each province, which may differ from the reference place of the person vaccinated.

Pfizer
More vaccines arrive
The country received a new batch of 136,890 doses of vaccines against Covid-19 produced by Pfizer BioNTech laboratories, according to the announcement made by the Vice President of the Republic, Raquel Peña, through her social networks.

He stressed that the government would continue to make the necessary efforts until all Dominicans are inoculated with their corresponding doses.

The batch of vaccines arrived in the country through the airline Kalitta Air through the International Airport of the Americas.