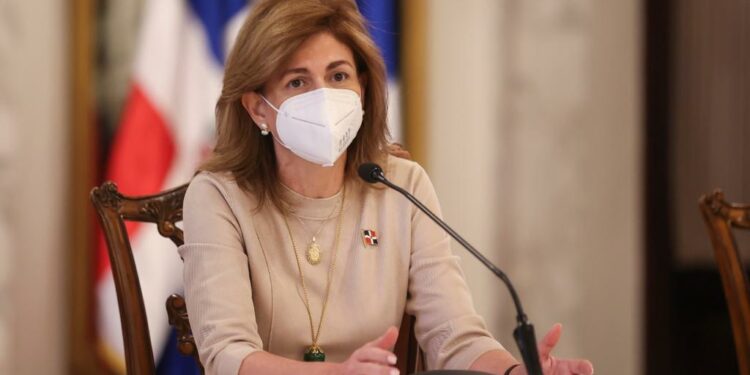 The Vice President of the Republic, Raquel Peña, assured this Thursday that the vaccination campaign continues at a good pace in the country and said that the Government hopes in the short term to reach 70% of the vaccinated population with at least two doses.

In this sense, she said that the protocol for the definitive elimination of the curfew for the demarcations which have already reached this percentage of their inhabitants inoculated has already been elaborated.

The Vice-Minister highlighted the process of the application of the third dose. She also said that the country is prepared for a possible fourth wave of the coronavirus.

“What would be the hospital response, we are even increasing the number of beds,” said Peña.

She reiterated her call to the citizens to go to the vaccination centers to continue to be inoculated, maintain physical distance, and use masks.

Current vaccination records in the DR

In another order, the Vice President once again expressed her condolences to the family of the deceased merenguero Johnny Ventura, who said he was a “pure Dominican.”