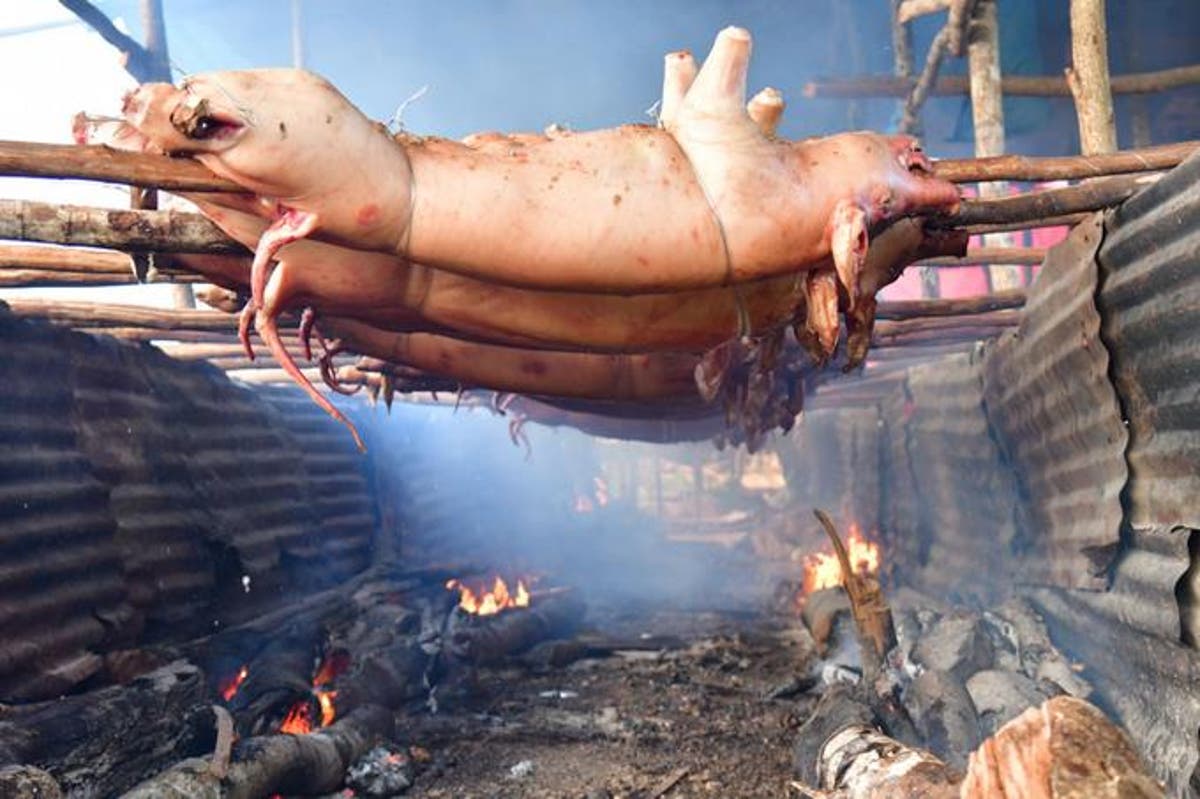 The U.S. Department of Agriculture confirmed the deadly African swine fever virus in the country.

Infectologists recommend cook pork well before consuming it and a lot of hygiene when handling it. Humans are not at risk of getting sick if they come into contact with the swine fever virus.

Humans are not at risk of getting sick if they come into contact with the virus that causes African swine fever, currently detected in the country, or if they consume the meat, but they can spread it to healthy pigs if they handle meat and do not take proper hygiene measures, especially hand washing.

This was assured yesterday by the president of the Dominican Society of Infectology, Dr. Clevy Pérez Sánchez, consulted about the outbreak detected in some provinces of the country and the confirmation of the presence of African swine fever in the Dominican Republic by the Laboratory for the Diagnosis of Diseases of Foreign Animals of the United States Department of Agriculture (USDA). In English).

The specialist of the infectology pointed out that consuming the meat of the pig does not pose risks to the health of the humans, but that it is recommended to cook it (cook it) well, a lot of hygiene when handling it and then to manipulate it to avoid taking the virus to healthy pigs, especially in those places where there are breedings of this type of animals.

A virus
Perez Sánchez explained that it is a disease that gives pigs, affecting the gastrointestinal tract, diarrhea, dehydration, and death in those animals. Therefore, when there is an affectation, it should be avoided that it spreads because it can contaminate other animals of its species.

“The risk and the measures that are taken is not basically because it can contaminate humans but other pigs to avoid triggering losses to the industry,” he said.

He said that humans can contract the virus, but they will not present infection or disease, but that since it is a virus, the person can transfer it to the pig, which is the host where disease develops and occurs.

He pointed out that people who work in the care of pork or in handling meats can carry the virus in their tools or their hands and spread it to other pigs, hence the importance of preventing the spread, which is why countries establish measures to prevent importation.

“People should be guided on the proper cooking and preparation of meat, hand washing when handling it, because in the fields people sometimes have domestic pig rearing,” he said.

Slaughter pigs
In the meantime, there are those calling for the eradication of the pig population to eliminate African pork iron. They emphasize that the same thing was done in 1978 when Antonio Guzmán Fernández was president when there was an outbreak of the virus, and it was necessary to apply that measure. As a result, the virus was detected in the provinces of Monte Cristi and Sánchez Ramírez, also in the border provinces of Dajabón, Elías Piña, and other areas of the Dominican Republic.

Yesterday, the mayor of Santiago, Abel Martinez, proposed that tests be carried out in the areas with the highest production of pigs to verify the existence of the disease.

Impact.
Pig production in the country represents about 10,500 million pesos a year for the national economy, so a sector must be protected, said Mayor Abel Martinez.