El Naranjal, a treasure of the Dominican south 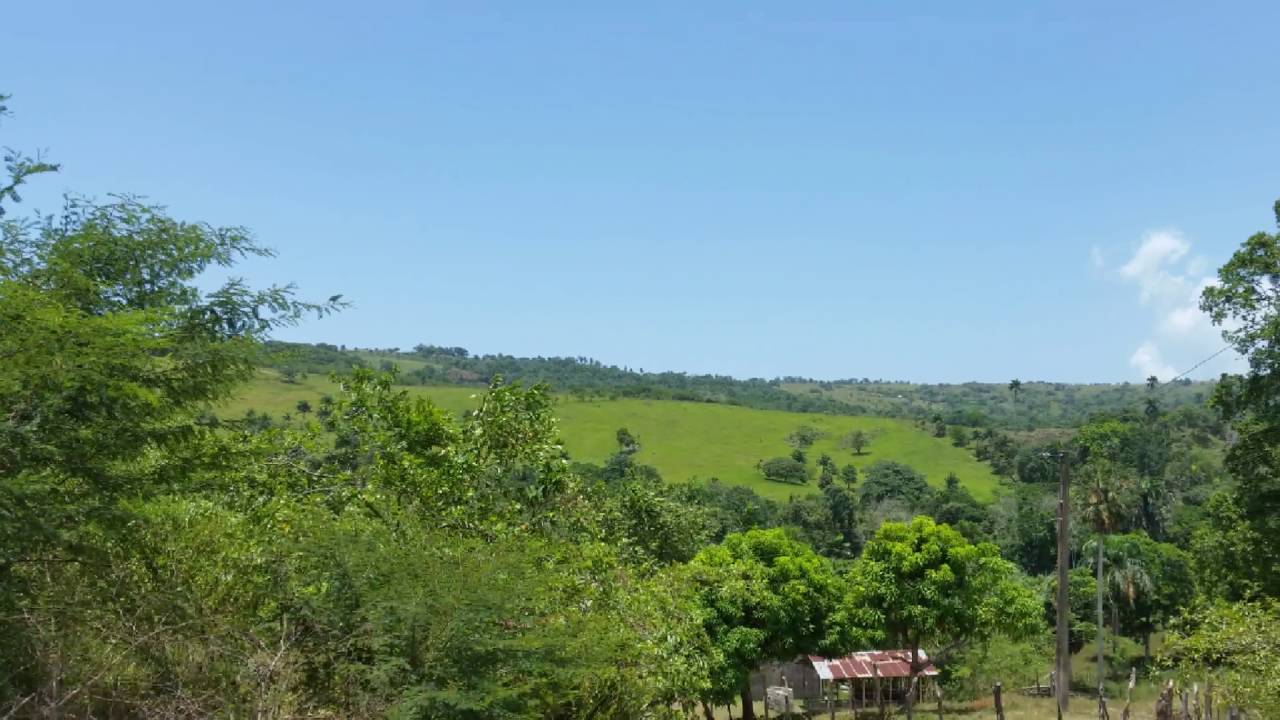 A few minutes from the municipality of San José de Ochoa is a community rich in natural and cultural elements. We are referring to El Naranjal, a model town that transpires work, beauty, and kindness.

Emergence
El Naranjal does not escape the primordial origin and the probable incursion of maroons (“cimarrones” escaped slaves) into the territory it occupies today. However, a defining episode for establishing the community we know today was the arrival of Arabs and Spaniards in the 19th century. In her book “Memories of El Naranjal,” Fanny Santana mentions the possibility that the name was given by the Arabs, impressed by the yellowish landscape of the so-called Loma Redonda, then populated with lush and abundant orange trees and with the aroma of orange blossom that flooded the environment.

Some community members agree with this version, which has been passed to them by their ancestors. However, it is worth noting that these foreigners and their descendants contributed to El Naranjal during the 20th century.

Cultural Reserve
Despite the inevitable passage of time and the evolution of customs and traditions, El Naranjal still retains an exquisite taste of the first half of the 20th century. Although increasingly rare, it is still possible to find houses made of palm boards, famous for their durability and level of protection from the elements. Kitchens with yaguas roofs may now be synonymous with poverty, but they represent important episodes of the past of this agricultural, artisanal, and hard-working community in a general sense.

We can find well-preserved, traditional instruments for agriculture in some houses, such as a plow or a yoke. Also, jars, fig trees, stoves, and other accessories qualify as relics or strongholds of the past.

Flora and fauna
Its vegetation is enviable. A great variety of flowers adorns this community, making it an essential reference to beauty. The landscape is decorated with: trinitaria violet, maguey flowers, cañafistola, and cayenne, but also a diversity of roses, among many other beautiful species.

We can also find areas populated with mahogany trees and palm groves, which protect the area’s waters. Educator Silvia Van Der Linde points out the importance of conserving and reestablishing the gallery forest to protect the El Naranjal stream, which farmers and local inhabitants highly value.

The birds give a particular touch to a Naranjalero dawn, finding the palm cigua, the bobo bird, and the woodpecker; the thick-billed ravisher, the partridge, and the nightingale, among other species. It is usual to see in the firmament the slow step of the red-headed vulture, circulating in search of carrion: it prowls as if it were a scene of the North American Old West.

Its inhabitants respect the local flora and fauna. A leafy tree outside Doña Aida Santana’s house is proof of this. The arrival of the yellow cigua made this tree its favorite breeding place. Their nests, perfectly woven with palm leaf threads, multiply rapidly and are cared for by the whole neighborhood.

The guinea fowl are also present, even though poachers sometimes decide to make them their prey. Guineas seem to have a sixth sense that alerts them to danger. Shooters comment on the audacity of these birds; they argue that the flock is preceded by a scout guinea, with the mission of approving or disapproving the route.

Agriculture and beekeeping
El Naranjal remains at the forefront of agricultural technology, having installed modern greenhouses. But it still preserves the tradition of orchards and open fields, carried out by its inhabitants to obtain a dignified subsistence. Coffee, avocados, pigeon peas, oranges, bananas, plantains, mangoes, and other agricultural products are grown there.

There are apiaries for collecting the medicinal bee honey, which is commercialized throughout the province of San José de Ocoa and beyond. For those who are not accustomed to country life, participating in the daily life of the Campesinos can be an unforgettable adventure.

El Naranjal has a tradition of craftsmanship, in elements that represent the peasant of the last century. Its inhabitants are skilled in the craft of making argans for riding horses, donkeys, and mules. They are also masters in handcrafted chairs with guano seats and other furniture and braided objects.

A progressive society
For many years, the Naranjaleros had to go to the town of Ocoa to receive their bread and butter. First on the back of beasts; later on in “bolas” and then in motoconchos and vehicles equipped for mass transportation. But the difficulties did not discourage them, and today many outstanding professionals have seen the fruit of their rustic journey on dusty roads and highways.

In terms of community efforts, El Naranjal has social organizations that follow up on activities of benefit and progress for its inhabitants, such as the María Trinidad Sánchez Women’s Association and Asoprobina, an active group responsible for managing important works for the people of El Naranjal. Furthermore, in terms of recreation and traditional sports, women are present through the Luis Castillo Women’s League, where they exercise, socialize, and show their softball skills.

In terms of agriculture, environment, housing, and other areas, El Naranjal has received the Association for the Development of San José de Ocoa, Inc.

They always come back.
Dozens of hard-working and progressive men and women have come from El Naranjal, whose common factor is that they never leave their land. Thus, whenever necessary, the community receives the warmth of their absent children, accustomed to being in solidarity with the causes that arise there.

Although the passage of time is inevitable and customs tend to change, an important part of this land continues to cherish the magical-religious traditions.

El Naranjal keeps alive the candlelight nights and the singing of former slaves, among other manifestations from the past. Many of these celebrations are encouraged by the absentees, who always return with affection and enthusiasm to share nostalgia, warmth, stories, and hopes with those who stayed in the place.

Roberto Santana and his donkey
In the ’80s, I first heard Roberto Santana in an interview referring to his high school days. He recalled when he had to travel daily from El Naranjal to San José de Ocoa to attend school. He did it on the back of a donkey, which he tied up in the courtyard of Ducho Martinez and Grecia Pimentel on Luperon Street. Later

I heard him repeat that story in various settings. Roberto later became an inspirational spark for a large part of the youth of his community, eager for progress and better living conditions.

In the second half of the 20th century, Roberto was a determined fighter for freedom and human rights, becoming president of the Federation of Dominican Students and rector of the Autonomous University of Santo Domingo. Today he is a multifaceted professional, expert in the reform of the penitentiary system.

Loma Redonda
The depredation of Loma Redonda, which El Naranjal and Sabana Larga share, is well known. It is a promontory that stands out for its beauty and ecological richness, serving as a lung for San José de Ocoa. It also represents great hydrological importance for our country.

Groups of friends of the ecosystems and community organizations launched their battle cry. They managed to call the attention of the Ministry of Environment and Natural Resources to prevent use that could undermine its historical and cultural value and as a reserve of life. In addition, the event gave rise to a movement to have Loma Redonda declared a protected area.

During the hot summer, its dense vegetation serves to cool and protect from the sun’s rays. In the winter, it is a wonderful experience for those who love low temperatures.

Community Tourism
Estancia El Potrerito, which began as a family recreation center, has now become an exciting community tourism project, still under development. This place includes attractions of coexistence with the abundant flora and fauna and traditional facilities, such as an area for events, a refreshing swimming pool, eco-friendly lodging, and the rich experience of living with the surrounding community.

El Naranjal is within easy reach of other locations, including Ocoa, Sabana Larga, and La Ciénaga, with all their dependencies. This makes the visit more enjoyable, as it is not limited to local resources.