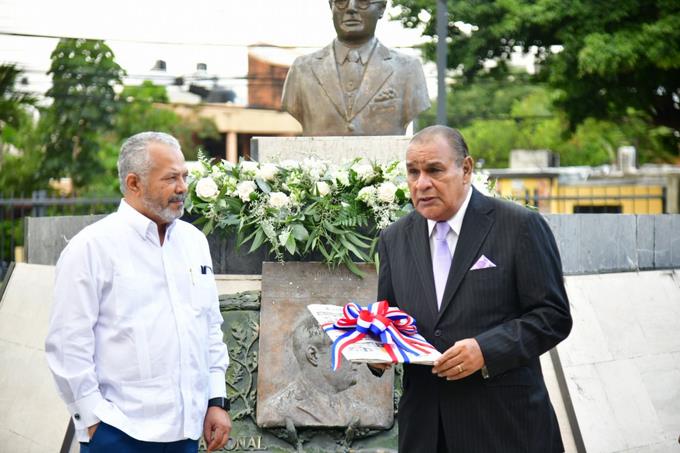 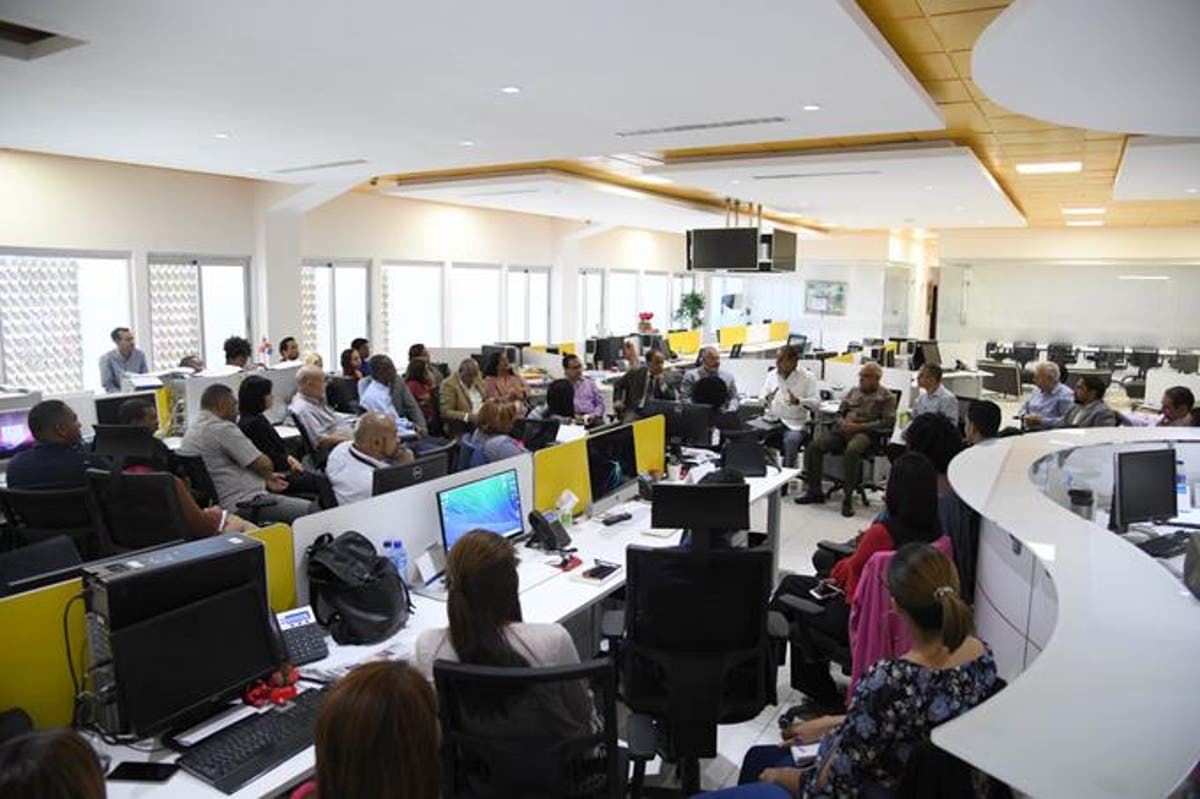 Abinader and the First Lady congratulate them

President Luis Abinader headed a long list of figures, politicians, organizations, and institutions who congratulated LISTÍN DIARIO yesterday, Sunday, on the occasion of the 132nd anniversary of its foundation.

The president pleased this newspaper through his account on the social network Twitter, highlighting the democratic work provided by this newspaper and the contributions of its director, Miguel Franjul.

“132 years after its foundation, the newspaper LISTÍN DIARIO continues its informative work and making contributions to democracy. On its anniversary day I congratulate its director, Miguel Franjul, and all the staff that is part of this important newspaper of national circulation,” he tweeted.

So did former President Leonel Fernandez, who highlighted the informative role that this newspaper plays.

“I take this opportunity to emphasize that the medium that you have efficiently directed for several years now, performs an effective informative and guiding work that will serve as a frame of reference for future generations,” Fernández wrote.

Likewise, the president of the Fuerza del Pueblo party congratulated the members of the Board of Directors, journalists, photojournalists, and all the staff of this newspaper that “contributes to the prestigious media preserve and strengthen the great impact it has in the journalistic field and in Dominican society in general.”

Former Vice President Margarita Cedeño also did the same, stressing that this media outlet has defended the freedoms of Dominican society.

“El Listín Diario, dean of the Dominican press, reaches its 132 years of age contributing to the strengthening and defense of our freedoms as a society. My warmest congratulations to the members of its Board of Directors, its director Miguel Franjul, and all the staff,” reads the message posted by Cedeño on Twitter.

So did the first lady, Raquel Arbaje, who said that she grew up reading the DAILY LISTIN and described this medium as “a key piece in the information of the Dominican people. Today, on its 132rd anniversary, I congratulate those who have been and are part of it, for their hard work, especially its current director, Miguel Franjul”.

Politicians
The president of the Senate, Eduardo Estrella, stressed the integrity and quality with which this medium has been working since its foundation.

“Receive our warmest congratulations and successes, for the outstanding work with quality and veracity that for more than a century has developed this prestigious medium. LISTÍN DIARIO is not only a source of information, but also a reference of character, probity and trust for the citizenry,” Estrella said in a letter published on social networks.

Also extending his congratulations were the Administrative Minister of the Presidency, José Ignacio Paliza, who wrote “my congratulations to the newspaper LISTÍN DIARIO; dean of the national press, on its 132rd anniversary. Since its foundation, it has played stellar roles in favor of democracy, the development and well-being of the Dominican people.”

The Minister of Special Programs and Strategic Projects of the Presidency (Propeep), José Leonel (Neney) Cabrera, posted his congratulations on his Twitter account: “My congratulations to the newspaper; dean of the national press, on its 132rd anniversary. Since its foundation, it has played stellar roles in favor of democracy, the development and well-being of the Dominican people.”

The director-general of the National Police joined the flow of congratulations, sending a letter in which he highlighted the contributions of this newspaper in its 132 years of existence.

“We take advantage of this space to express our gratitude to you and implore our Divine Creator to continue pouring abundant blessings on you and all the members of that prestigious medium,” read part of the letter.

Army Commander General Julio Ernesto Florian highlighted the role that the newspaper plays in the national diarist and its performance among the media in the eyes of society.

The former head of the Navy, Homero Luis Lajara Solá, says in a letter to Franjul: “Congratulations to the men and women who day by day, when the sun rises at dawn, constitute the magnetic compass that shows the course of national and international events. Now at the forefront of the innovations of the technological revolution.”

institutions
Julio Sánchez Maríñez, the rector of the Technological Institute of Santo Domingo (INTEC), congratulated this medium on its 132nd anniversary and highlighted the opportunities it provides to students of Social Communication through its internship program Journalist for a Year (PPA).

“This celebration is also propitious to highlight the opportunity that LISTÍN DIARIO has given to dozens of young term students and graduates of the different schools of Social Communication of the country, to accumulate experience in their newsroom and have an entrance through the big door to the practice of journalism, “said Sánchez Maríñez.

The Community Higher Technical Institute (ITSC) rector, Francisco Vegazo Ramírez, extolled that the LISTÍN has been present in many essential facts of its history, reporting them with veracity characterizes it.

Organisms
The Dominican Confederation of Micro, Small, and Medium Enterprises in Construction (Copymecon) was one of the organizations to send its congratulations to the newsroom of LISTÍN DIARIO for the effort of this newspaper to keep the public informed.

For his part, the former Minister of Tourism, Francisco Javier García, expressed his congratulations to Miguel Franjul, stressing that this medium has been “on the side of the most just causes, helping in balance and strengthening our democratic system and always raising the flag of freedom of expression.”

“It is a propitious opportunity to reiterate my congratulations, and through you, to the entire team that accompanies you, in that great work that the dean of the national garment, the DAILY LISTIN, does every day,” the former official said.