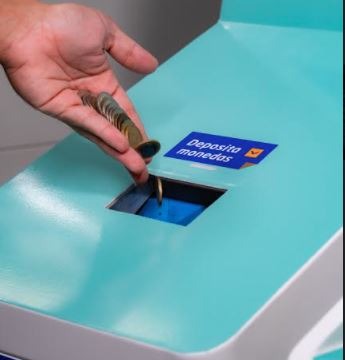 Santo Domingo – Banco Popular Dominicano becomes the first bank to introduce a new generation of ATMs that accept coins and process a greater number of banknotes in the local market, a pioneering innovation in the country fundamentally aimed at facilitating commercial deposits of companies.

The deployment of these new ATMs is in the pilot phase, with a first unit in operation located in the Universal Tower, on Winston Churchill Avenue, in Santo Domingo. In the coming weeks, Banco Popular will extend these deposit ATMs to 20% of its branches in the country, with a total of 40 units.

This new generation of cash receiving machines can process up to 1,100 banknotes in just four minutes, in addition to receiving all denominations of Dominican peso coins in a single operation.