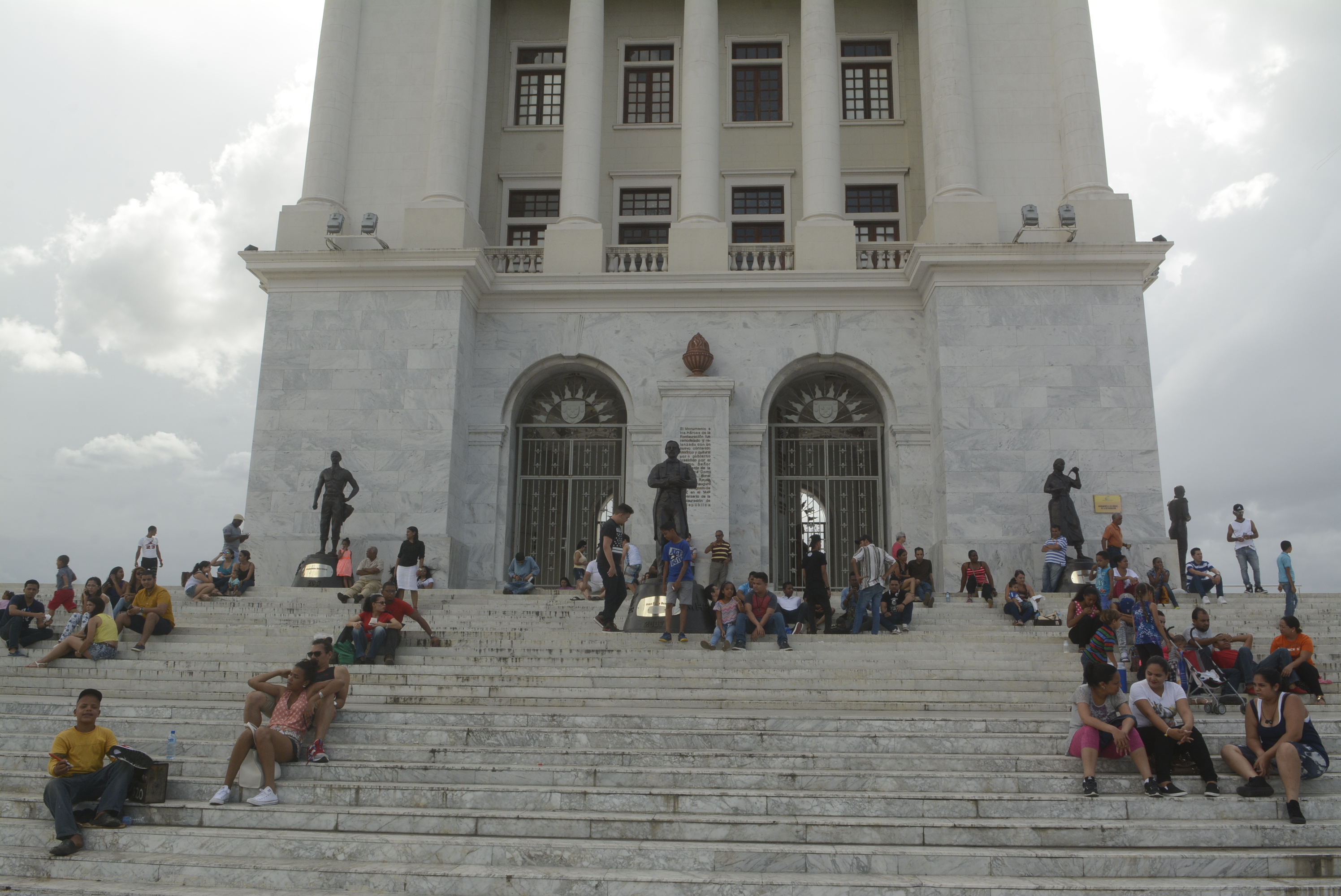 Santiagueros seek to mitigate their effects of the heat in the Monument.

Santiagueros seek to mitigate its effects.

Saharan dust particles and warm winds from the east-southeast cause intense heat in the Dominican Republic, with values ranging from 32 degrees Celsius to 36 degrees Celsius.

Summer is the hottest season in the country, but the highest temperature levels are registered in August.

Emmanuel Álvarez, the forecaster of the National Meteorological Office (Onamet), explained that the cities where the heat is suffocating at present are Jimaní, where values of 36 degrees Celsius (90°F-97°F) have been registered, and Santiago with 35 degrees Celsius (95°F).

Álvarez explained that in San Juan de la Maguana, temperatures have also risen considerably to 34.5 and in Santiago Rodriguez to 35.

“In general terms, in the northwest and southwest regions of the country is where we have the highest temperature records, where levels are expected to rise above 35 degrees Celsius,” he explained.

He added that, in Greater Santo Domingo, temperatures have also risen to 33 degrees Celsius, so he recommended the population drink enough water and wear light clothing.

“Do not expose yourself for prolonged periods to the sun’s rays, without proper protection from 11:00 in the morning until 5:00 in the afternoon. Also, wear light clothing, preferably light colors and drink enough fluids,” he suggested.

However, Álvarez predicted that due to the approach of a tropical wave, humidity values would increase over the Dominican territory, causing scattered showers with thunderstorms and wind gusts at times towards the morning hours the northeast southeast, southwest, Central Cordillera, and Greater Santo Domingo.

Similarly, the Onamet monitors two low-pressure areas, the first more than 1000 kilometers southeast of the Lesser Antilles. The second is located near the Cape Verde Islands, west of the African coast, and both have a potential for cyclonic development of 0% for the next 48 hours.

The lack of drinking water in neighborhoods and urbanizations of Santiago, added to the unbearable heat, overwhelm many santiagueros; some visit swimming pools, others the spas, and the hill of the Monument to the Heroes of the Restoration.

People say that the heat is intense, and even worse, they lack permanent water service, preventing them from bathing in sufficient quantity to combat it.

Even on working days, from Monday to Friday, many people visit the nearby resorts of the Yaque del Norte River and other tributaries of municipalities in the province, mainly Jánico and Baitoa.

“The heat overwhelms us, the temperature is very high,” said fruit vendor Juan Soriano, while he cooled himself with a piece of cardboard and wiped his sweat with a napkin.

At all hours of the day and night, people from Santiago and other neighboring provinces visit the Monument to the Heroes of the Restoration, trying to calm the effects of the high temperatures.

“Thank God that the Police have left us alone and are no longer forcing us to lock ourselves in our houses before the end of the curfew,” said a citizen who was relaxing yesterday at 6:00 pm at the Monument.

Others say that locking themselves in their homes early is an ordeal in this heat.

As for the water shortage, the Santiago Aqueduct and Sewage Corporation (Coraasan) has not explained the reasons.