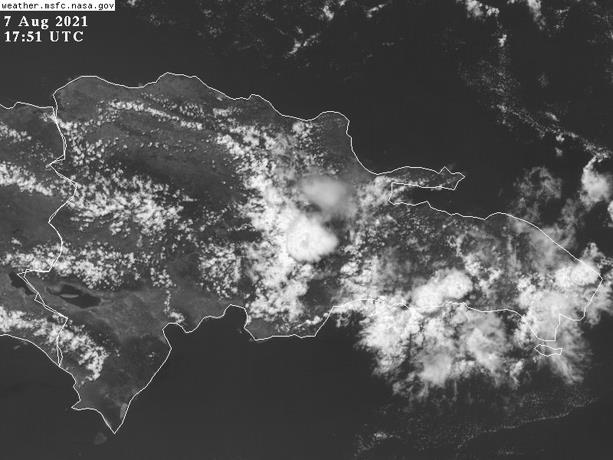 He reported that for this Sunday, the country would continue under the same weather pattern, with many hours of sunshine and little rain in the morning

The National Meteorological Office (ONAMET) monitors three low-pressure zones associated with a tropical wave. The first one was located hundreds of kilometers west/southwest of the Cape Verde Islands.

The office explained that in this case, the environmental conditions appear to be somewhat more conducive to a gradual development of 30% so that a tropical depression could form over the eastern tropical Atlantic.

Onamet added that the second low-pressure zone is located in the central tropical Atlantic, east of the Lesser Antilles, with little development in its surroundings.

The agency went on to explain that the third is nothing more than a small area of low pressure, which was located over the eastern Atlantic, located hundreds of miles west of Cape Verde with a 20% chance of becoming a hurricane.

A low-pressure area is a region where the atmospheric pressure is lower than that of the surrounding air and is also known as a squall and is normally associated with strong winds and atmospheric lift.

Onamet reported that for this Sunday, the country would continue under the same weather pattern, many hours of sunshine and little rain in the morning, without ruling out that in the cloudy afternoon concentrations, there could be some scattered showers over the northeast, southeast, and the central mountain range.