Abinader instructs ministers to assist the population; 24 provinces on alert 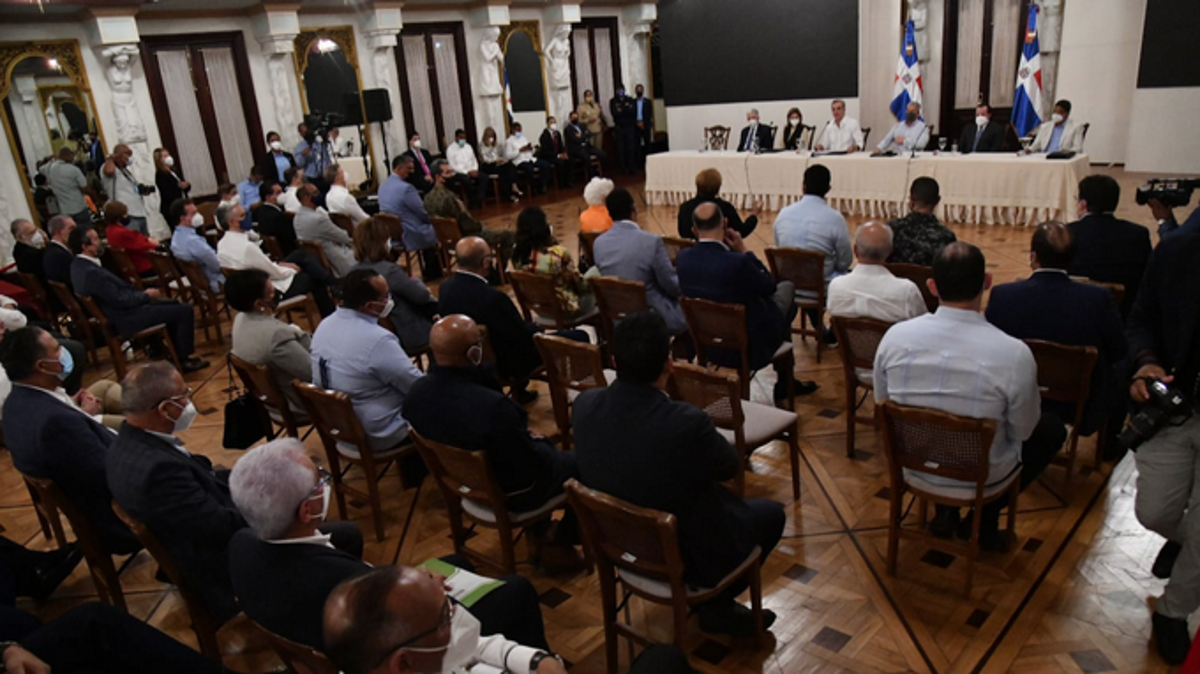 President Luis Abinader instructed all security agencies to be alert and in position now, given the proximity of a tropical system that would pass through the national territory today.

This was announced by the administrative minister of the Presidency, José Ignacio Paliza, after the president led a meeting with his cabinet at the National Palace. They took measures to face the phenomenon and reviewed the country’s current situation. Abinader emphasized that the institutions that make up the Emergency Operations Center (COE), among which are the Economic Canteens, the Social Plan of the Presidency, Public Health, Civil Defense, Red Cross, Public Works, and others, should be positioned to face any eventuality that may arise.

He informed that the President convened for next Saturday, a government council in the province of Peravia. Then, on Sunday, he will make a tour of Puerto Plata and other provinces.

Provinces on alert
The COE increased to 23 provinces under alert, of which eight are in red, eight in yellow and seven in green, as a preventive measure against floods. On red alert are La Altagracia, La Romana, Santo Domingo, San Pedro de Macorís, El Seibo, San Cristóbal, Monseñor Nouel and San José de Ocoa.

Heavy rains
ONAMET warned that whether it forms or not, significant rains will be felt in the national territory, especially in the eastern, northeastern, and Central Cordillera regions and greater Santo Domingo.
It is estimated that up to 200 millimeters of rain are likely to fall in some areas of the country due to the effects of the tropical system that advances from open waters in the eastern Caribbean.