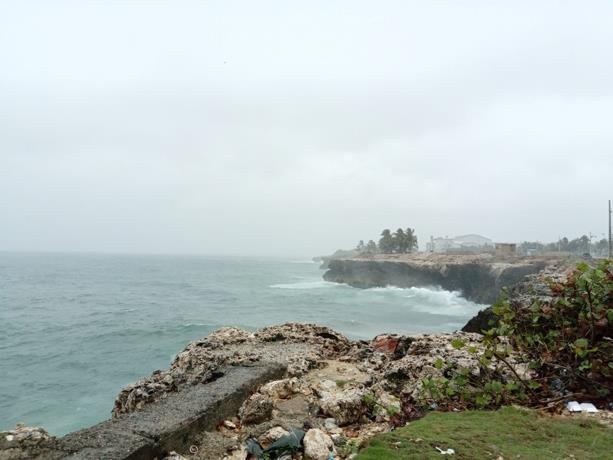 The rains that are expected to occur in the country due to storm Fred, which could reach 200 millimeters, are enough to generate landslides and urban and rural floods that endanger people’s lives.

Although no cyclone is the same as any other in terms of its characteristics or impact, Miguel Campusano, deputy director of the National Meteorological Office (ONAMET), the population should take immediate preventive actions.

The country’s recent history is that every storm and hurricane has resulted in deaths and heavy economic losses.

The most recent case, which occurred in the country during this hurricane season, was last July when the effects of storm Elsa left two people dead due to the collapse of two walls, one in Barahona and the other in Baní.

Fred is not the exception, and its accumulated rainfall represents a danger, warns Mr. Campusano, indicating that the whole country is on alert; therefore, those who are on red alert and live in high-risk areas should already have located the shelters in case they are going to be evacuated, and others should already be in those shelters.

Those residing in yellow alert districts should be prepared in case the authorities evacuate them. They should have their documents organized and their medicines at hand.

Meanwhile, the green alert is to be attentive and keep informed about the state of the weather from the official voices.

The fact that Fred did not cause any damage in Puerto Rico does not mean that the same thing will happen in the Dominican territory, although it is what everyone expects.

Meteorologist Miguel Campusano cites among these, first of all, the fact that the country has been experiencing rainfall; other factors that help to increase rainfall are the transport of humidity by the warm waters of the Caribbean Sea and the interaction with the Dominican relief.

He adds that when the wind or the cloudiness generated by these systems ascend over the Central Cordillera, it provides more conditions for the rains to increase and the trade winds, which always act and generate a lot of humidity, especially in Los Haitises.

In 2007, Dominicans experienced the disastrous consequences of two tropical storms in less than two months, with a toll of more than 100 people dead and missing. Noel and Olga, the first on October 28 and the second on December 11.

Because of these two storms, it rained in the country for several days, but for Fred, it is predicted that the great accumulation of rainfall will be between 24 and 36 hours, although it is enough time to cause significant flooding.