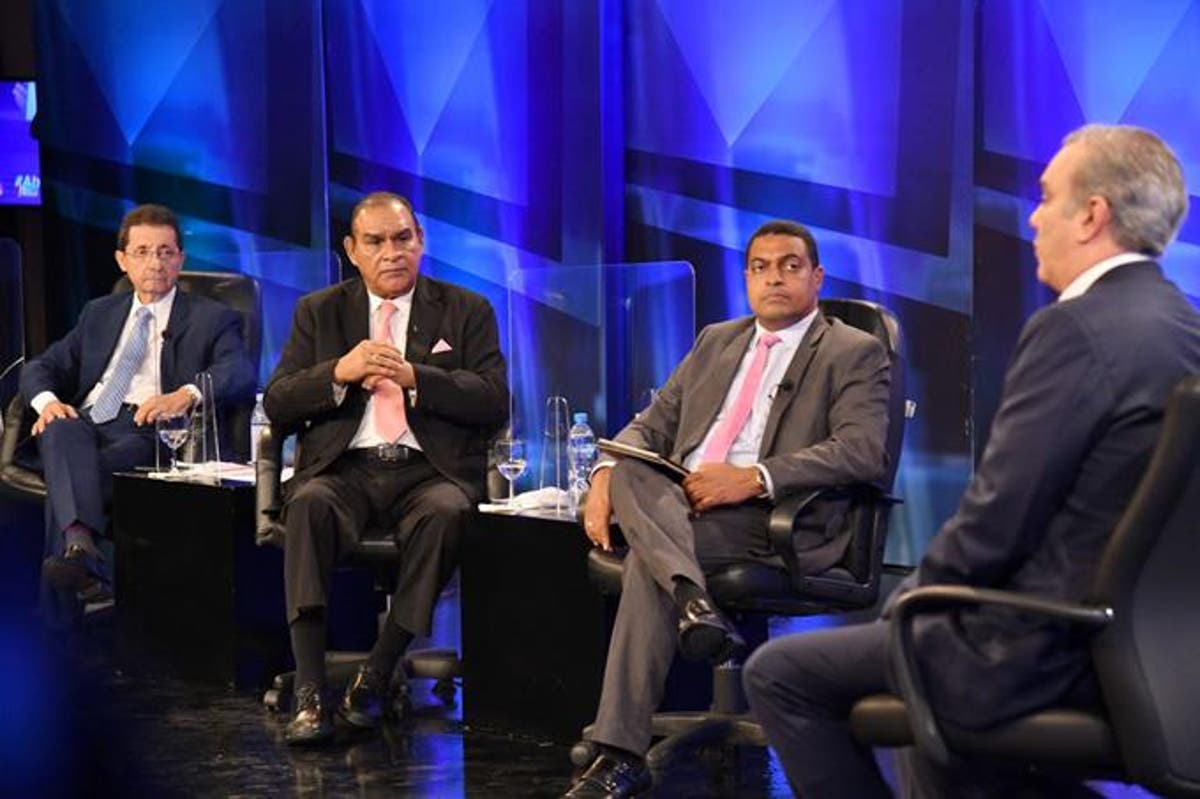 President Luis Abinader along with the media executives of the Corripio Group, Ramón Núñez Ramírez, Miguel Franjul and José Monegro.

President Luis Abinader said yesterday that it is “possible” to request his eighth extension to the State of Emergency. The current one ends on the 28th of this month.

“We have not discussed that yet but it is very possible that it is because part of the country is still totally infected by Covid, but we will evaluate that later,” the president added.

So far, seven extensions of Abinader during his tenure have been for 45 days.

The last three extensions have had the same justifications and motivations without having varied a single letter.

The Dominican Republic has been under an uninterrupted state of emergency since the end of July last year. However, from March 18, 2020, to date, the country has only been out of those measures for two weeks at the beginning of July to hold the presidential elections.

“I found a country hungry for reform.”
President Abinader said that he found a country with a “hunger for reforms” that would help restore confidence in the Dominican authorities when he took office. “Every time the members of the Central Electoral Board (JCE) or the Superior Electoral Tribunal (TSE) were going to be selected here, that was a single crisis in the country, an entry and exit from Agripino’s house and that has been changed…”, said Abinader, who added that people “do not believe him” when he talks about police reform and citizen security because that has been talked about “200 times.”

Tax reform in 2022
Regarding the tax reform, the president argued that it would be studied for the rest of the year and possibly be introduced next year.

“Those who can do the most are the ones who are going to have to pay the most, that’s how things will be… the one who least wants to put taxes is me, but we have to decide what kind of country we want, we have to make a series of investments in favor of the country and that costs money, improve the salary of the policemen, that costs money but not only will it be a tax reform, it will also be a social reform, we are going to ask people where they prefer us to spend the money, to be told, not us, we can’t keep spending on that and things like that,” the president said.

Justifies the level of indebtedness
One of the main criticisms of the government has been the number of loans they have approved in the National Congress; Abinader said that they were necessary due to the onslaught of the pandemic in the country.

“Most countries have increased their debt during the pandemic because no one was prepared for it and they had to resolve or go and check the levels of mortality from Covid-19 in those countries that did not increase their debt. The problem is not that, it is to see what the funds are invested in,” the president said.

Abinader argued that one of the main problems was that money was borrowed when “it was not needed” during past administrations, but that his administration had to do it when it was really “required.”

The president said that one of the deficits’ leading causes is the “mismanagement” of past governments in the electricity sector.

“Each project, each form must give you what is the appropriate type of debt and not exceed a certain parameter,” the president added in an interview that lasted about two hours.