Organizations insist on the need to decriminalize abortion on three grounds 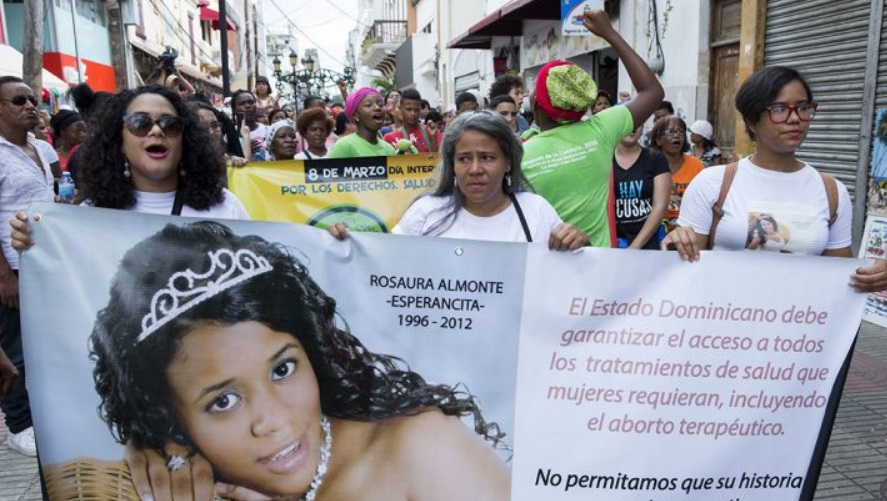 Santo Domingo.– This Tuesday, August 17, marks the ninth anniversary of the death of Rosaura Almonte Hernández, known as Esperancita, a 16-year-old Dominican girl who needed chemotherapy to fight against leukemia, but whose treatment was delayed because she was pregnant, Acento.com.do reported.

Even today, Dominican law absolutely prohibits abortion, even when it is needed to save women’s lives.

In this scenario, various civil organizations expressed solidarity with Rosa Hernández, Esperancita’s mother, who has not stopped advocating for the modification of the law that prohibits abortion in the country.

In a letter sent in April 2021 to the President of the Republic and the first lady, Rosa Hernández affirmed: “It is time to fulfill your commitment and urge legislators to allow abortion in exceptional situations and prevent any other mother from have to go through suffering like mine.”

“Precisely, the Dominican Congress will have a new opportunity to correct this situation when the approval of a new penal code is discussed. The organizations that signed this statement trust that the legislature will accept the arguments and recommendations of various international human rights mechanisms that have called for the decriminalization of abortion in at least three circumstances as a mechanism for the protection of women’s rights. These three exceptions are: when women’s health and lives are at risk; when the fetus is unviable outside the uterus; and when the pregnancy is the product of rape or incest,” they said.

They expressed that the laws that condemn women and girls to death, and that go against their human rights, have to be modified so that cases such as that of Rosaura Almonte Hernández (Esperancita) and other similar cases such as Carmen Dionelis, Lizdalfy or, more recently, Winifer, will not happen again.

In a recent statement, the Inter-American Commission on Human Rights (IACHR) expressed its concern “at the initiatives of decrees, public policies and laws that create obstacles to the exercise of sexual and reproductive rights in the region. In particular, the IACHR highlights those aimed at restricting the termination of pregnancy in an absolute way.”