Abinader urges young Loyola graduates to be honest in life 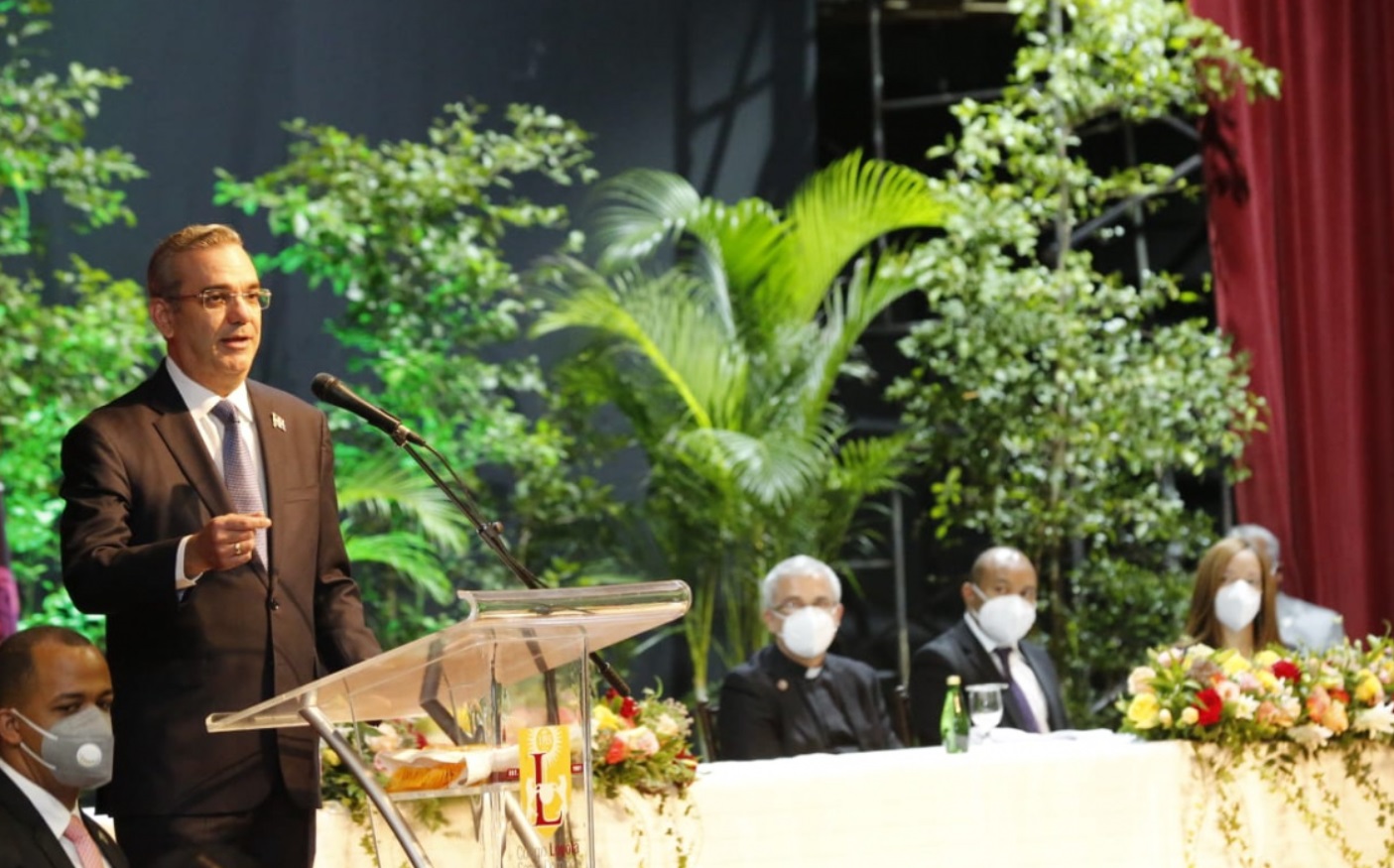 Santo Domingo.– President Luis Abinader addressed 80 students from Colegio Loyola who completed their high school studies, just as he did in 1984.

“In life, if you act honestly, you will have the most precious thing, which is the quality of life and the respect of others,” said Abinader when leading the graduation ceremony of the fifty-seventh promotion “Lignum Vitae 2021,” of the Loyola College.

The graduation and farewell ceremony for 80 students was held within the framework of the 60th anniversary of the educational center run by the Jesuit congregation of the Catholic Church.

The president recommended that the graduates always remain united, “because in their companions there will be that brotherhood they will not find anywhere.”

At the event, the president recounted his experiences at Loyola, which he began in the first year of primary school, at the age of five, and concluded with his graduation from high school at 17.

Abinader also exhorted young people to plan their lives, meaning that “time passes quickly, and if we do not organize it, it will not be positive.”

In his classroom there were two sons of presidents: Orlando Jorge Mera, son of Salvador Jorge Blanco, and Felipe Mejía, son of Hipólito Mejía. In addition, there was himself, who would later become head of state.