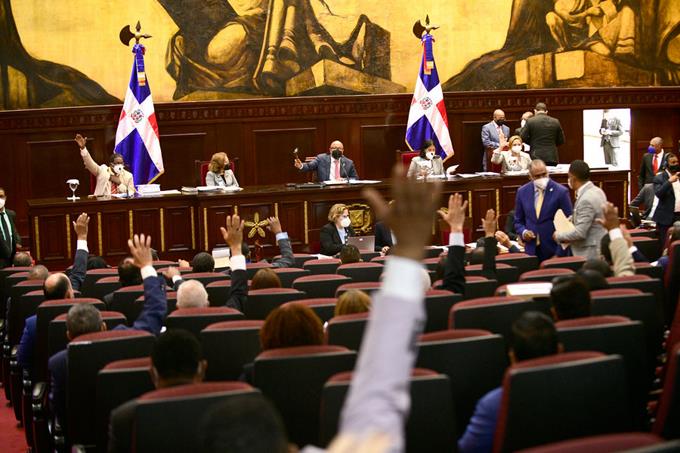 President Luis Abinader asked the National Congress for a new extension of the state of emergency for 45 days. FILE/LD

The Constitution states that constitutional reform may not be initiated in the event of the entry into force of some of the states of emergency provided for in article 262.

To achieve the constitutional reform he intends to promote, President Luis Abinader would have to discontinue the declarations of a state of emergency in the Dominican Republic due to the COVID-19 pandemic.

This is because the Constitution prohibits modifying its text during the various states of emergency it institutes.

“Constitutional reform may not be initiated in the event of the entry into force of some of the states of emergency provided for in article 262,” article 271 of the Constitution provides.

There are three types of states of emergency: defense, internal commotion, and emergency. The latter has been in force in the Dominican Republic since March 2020 due to COVID-19.

The President of the Republic may declare states of emergency, subject to authorization by the National Congress, following the constitutional mandate. An emergency, such as the one that operates in the country, can be declared when events occur “that disturb or threaten to seriously and imminently disturb the economic, social, environmental order of the country, or that constitute a public calamity.”

The government has given no sign that it would remove the state of emergency for the time being. On the contrary, on August 18, he requested a new extension to the National Congress for 45 days, which, if approved, would end in October since the current one expires on August 26.

When in opposition, the ruling Modern Revolutionary Party (PRM) questioned the constant extensions of the state of emergency decreed by the previous government, even taking action before the Constitutional Court against the acts of the Executive and the Senate that authorized it.

Once Abinader came to power, he has continued the same practice. However, in recent months, the President has been dismantling the curfew, the primary restrictive measure, due to the success of the vaccination plan he has put in place.

In his speech last Wednesday, when giving an account of his first year in office, President Abinader announced that he would propose a reform of the Constitution this year.

He did not give many details of his proposal, so some lawyers specializing in constitutional matters have been cautious and have preferred to wait for the President to present his legislative proposal to give his opinion.