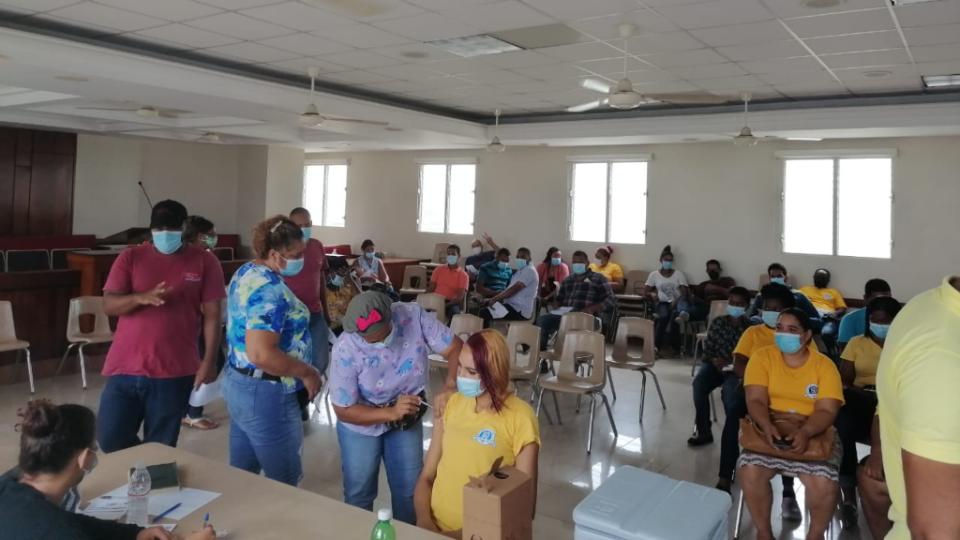 54.6% of the adult population of the Dominican Republic has received the two doses of the vaccine against covid-19, according to data offered this Saturday by the Government.

The percentage of the population over 18 years of age that has been given only the first dose stands at 67.1%, according to data from the national vaccination plan.

The official report does not include data on those vaccinated between 12 and 17 years of age, nor does it provide the number of people who have been given the third booster dose.

Vaccination against the coronavirus began last February, but the process has been slowing down in the country as it has progressed.

On July 28, vaccination was achieved with two doses of 50.2% of the adult population, and since then, only 4% has been advanced.

The Dominican Republic plans to vaccinate 7.8 million adults and children between the ages of 12 and 17, although the Government has not specified the number of adolescents to be inoculated.

The country began the vaccination campaign last February, mostly with Sinovac, and since mid-June has also administered Pfizer’s vaccine to minors aged 12 and over.

The Government has encouraged the population to take a third booster dose as a prevention against the rapid spread of the delta variant around the world.

To incentivize the population to get vaccinated, the government has promised to lift the curfew in provinces that exceed 70% vaccination with two doses.