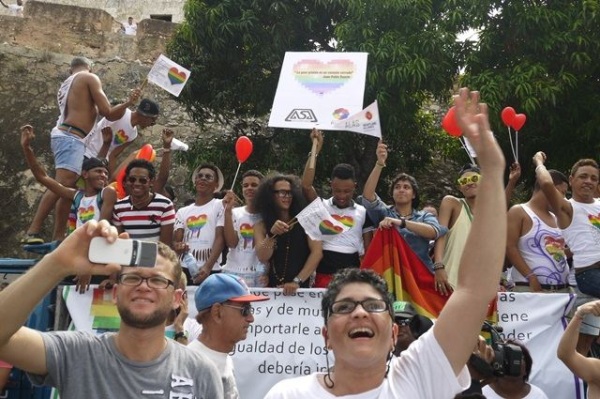 Santo Domingo.- 96.7% of the LGTBI community in the Dominican Republic claim to have been a victim or witnessed some form of violence derived from their sexual orientation or gender identity during adolescence, according to the results of the National LGTBI Survey, presented this Thursday.

This incidence is higher among people who identify with the male gender (gay 99.2%, bisexual 96% and trans men 95.9%), according to the study carried out by the United States Agency for International Development (USAID) and the United Kingdom embassy in the Dominican Republic, through the project “Being LGTBI in the Caribbean” of the UN Development Program (UNDP) and the Autonomous University of Santo Domingo.

Regarding acts of violence or discrimination suffered by LGTBI people during adolescence, 77.9% indicated offensive comments, while another 48.9% indicated having suffered sexual violence and 31.9% physical attacks.

44.9% of the 7,122 people who completed the online survey said they had suffered unjustified arrests, interrogations or assaults by the police or military, attempts to be subjected to psychological treatment or involuntary religious interventions in order to change their sexual orientation or gender identity.