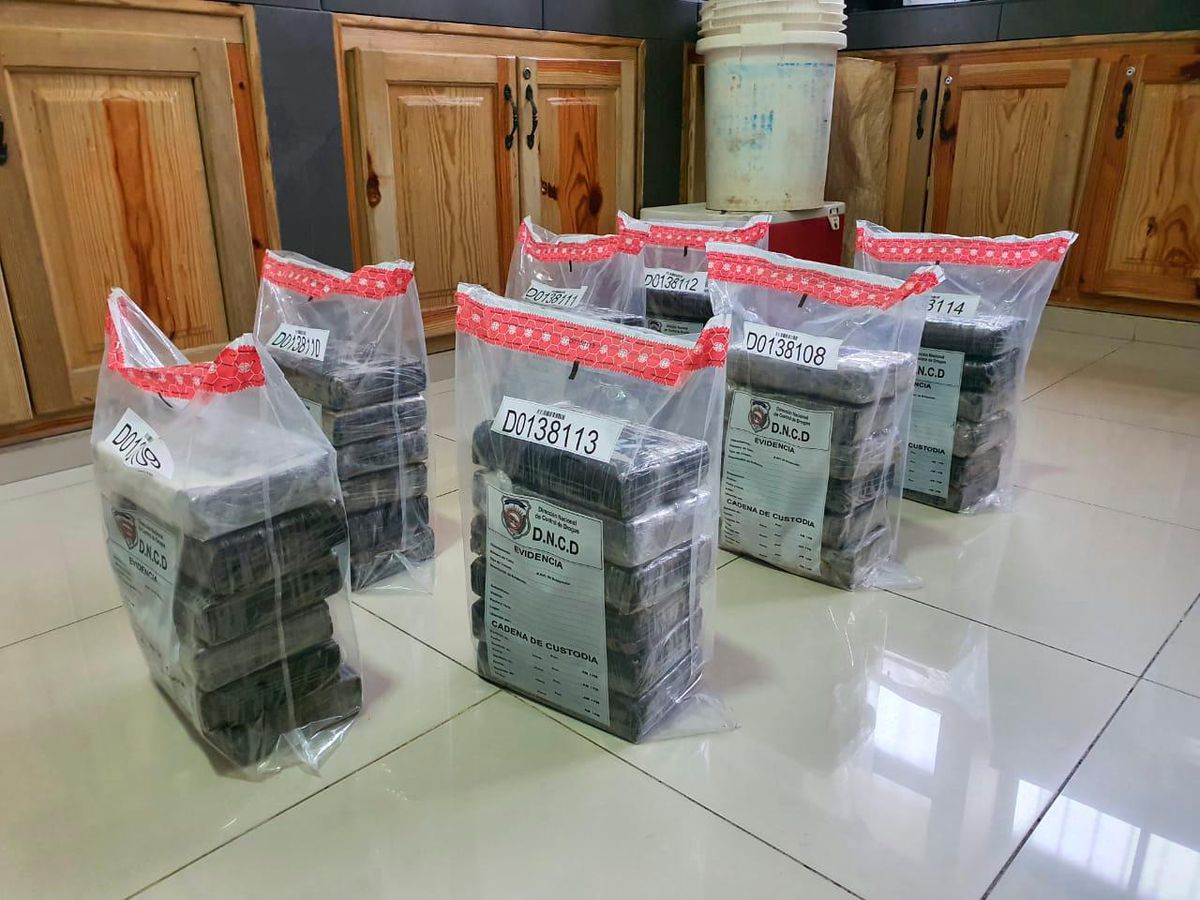 The National Drug Control Directorate (DNCD), with the support of the Specialized Port Security Corps, seized 57 packages of cocaine during an interdiction operation carried out in the Port of Haina Oriental, Santo Domingo Oeste municipality.

DNCD officers and military personnel inspected dozens of containers that would be shipped to Philadelphia, United States. After several hours of intense search, with high-tech equipment, it was possible to discover a double compartment in one of the containers and thwart the shipment of the drug.

The authorities found a double bottom in the lower front part (under the floor), made of tola (plywood), where 40 packages were hidden on the left side and 17 on the right side, for a total of 57 packages.

“In recent weeks, interdiction operations have been redoubled, which has allowed us to continue discovering new modalities of drug trafficking networks to try to get drugs out of the country to Europe and the United States,” the press release states.

The Public Ministry and the DNCD are expanding the investigative process, keeping two men under arrest, and it is expected that as the process progresses, other arrests will occur.

The 57 packages weighed 58.46 kilograms of cocaine, as determined by the National Institute of Forensic Sciences (INACIF) analysis.