“With little movement,” vaccination campaign carries on in neighborhoods of Santo Domingo. 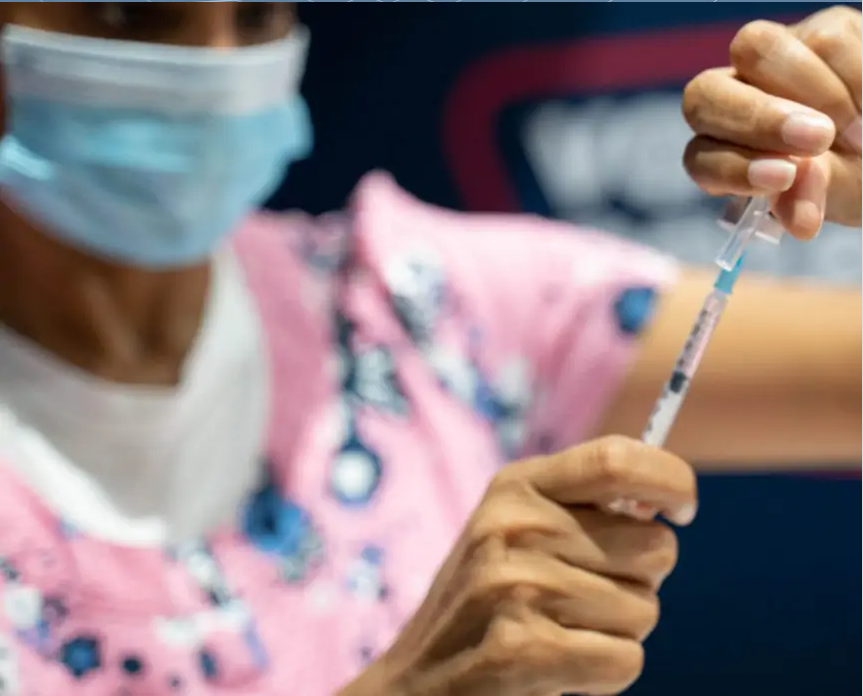 The busy Juan Pablo Duarte Olympic Center closed its doors before 1:30 in the afternoon after they ran out of less than 150 inoculations they had available.

Although the Health Cabinet, in conjunction with the Ministry of Education, announced the “house by house” operation to vaccinate adolescents and adults before the start of the new school year to prevent the spread of COVID-19, this Saturday, the day was null.

“No one has passed through here in this neighborhood, the other days an Omsa came to vaccinate us and we took advantage and even got vaccinated, but house by house we have not seen anyone,” said a group of motoconchistas in the populous maquiteria sector.

On her side, a lady living in Calero, Santo Domingo Este, stressed that they usually do vaccinations at home on weekdays but that they do it “sporadically.”

Meanwhile, according to locals from Los Mameyes, in the Celina Pellier Elementary School, a vaccination point was open, but before noon it was already closed.

The same situation happened in the busy Juan Pablo Duarte Olympic Center that closed its doors before 1:30 in the afternoon after they ran out of less than 150 inoculations they had available.

This was revealed by Dr. Anny Cortés, in charge of the reception center mentioned above, after being interviewed by a team of this medium. At the same time, he assured that the most significant flow of favor was due to the parents who took their children to receive the puncture before returning to classes in person.

“The flow was normal, some 150 came … some minors have come with their parents because of the issue of the beginning of the school year and have also come to apply the third dose of Pfizer and Sinovac,” Cortés said verbatim.

How is the coronavirus going in the country?

According to bulletin number 527 issued by the Ministry of Public Health, it reported 367 new cases due to COVID-19, and no deaths were reported in the last 24 hours.

What about hospital occupancy?

According to the publication, there are currently 429 hospitalized patients, occupying 16% of the 2,604 destined for coronavirus.

While 78 affected have ventilators, equivalent to 15% of the 519 in the country allocated for the disease.