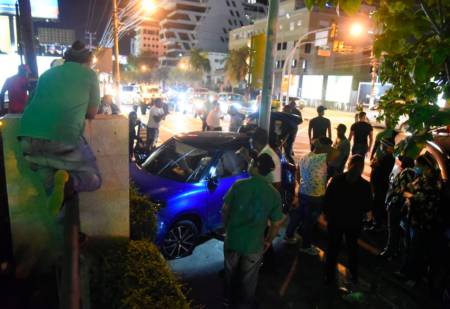 Santo Domingo.- Oscar Molina (Oscarín) admitted that on Thursday night, his 2017 McLaren 570s exotic sports car was involved in an accident, in Piantini, crashing with a Suzuki Swift compact.

The crash left the driver of the Suzuki Swift with serious injuries that required intensive care.

The wreck turned to scandal when it was learned that the McLaren, plate Z006172, is registered to a deputy, who sold the tax exemption to Molina, which is an irritating example of privileges in government.

Molina denied that he was racing on the avenue, but heading towards his residence. “I was at the scene. I fainted and the moment I recovered I passed by.”