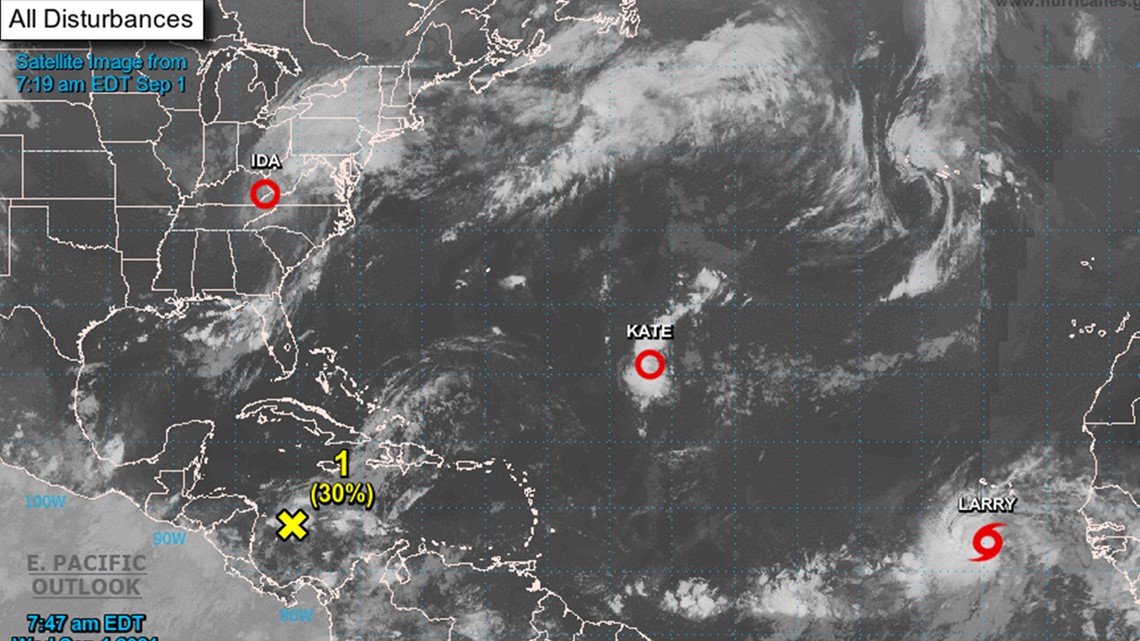 The National Meteorological Office (ONAMET) reported the formation of tropical storm Larry, which is located about 280 kilometers south of the island of Cape Verde.

Onamet also reported that a disorganized area of showers and thunderstorms associated with a low-pressure system is located southwest of the Caribbean Sea and has a 20% probability of becoming a tropical cyclone in the next 48 hours.

Tropical Depression Kate
The hurricane center said that Kate weakened into a tropical depression on Tuesday and is holding on as a tropical cyclone over the central Atlantic Wednesday.

At 5 a.m. ET, Kate was located about 895 miles northeast of the Northern Leeward Islands with maximum sustained winds of 35 mph. It was moving north-northwest at 9 mph.

Kate was expected to become a remnant low Thursday. However, it will likely dissipate Friday as it turns toward the north and north-northeast, the hurricane center said.

A grayish sky is expected for Wednesday due to Saharan dust particles.

However, downpours with thunderstorms and wind gusts are expected due to the instability left by a tropical wave, the incidence of a trough, and the increase of humidity over the northeast, southeast, southwest, and Central Cordillera (Central Mountain Range).