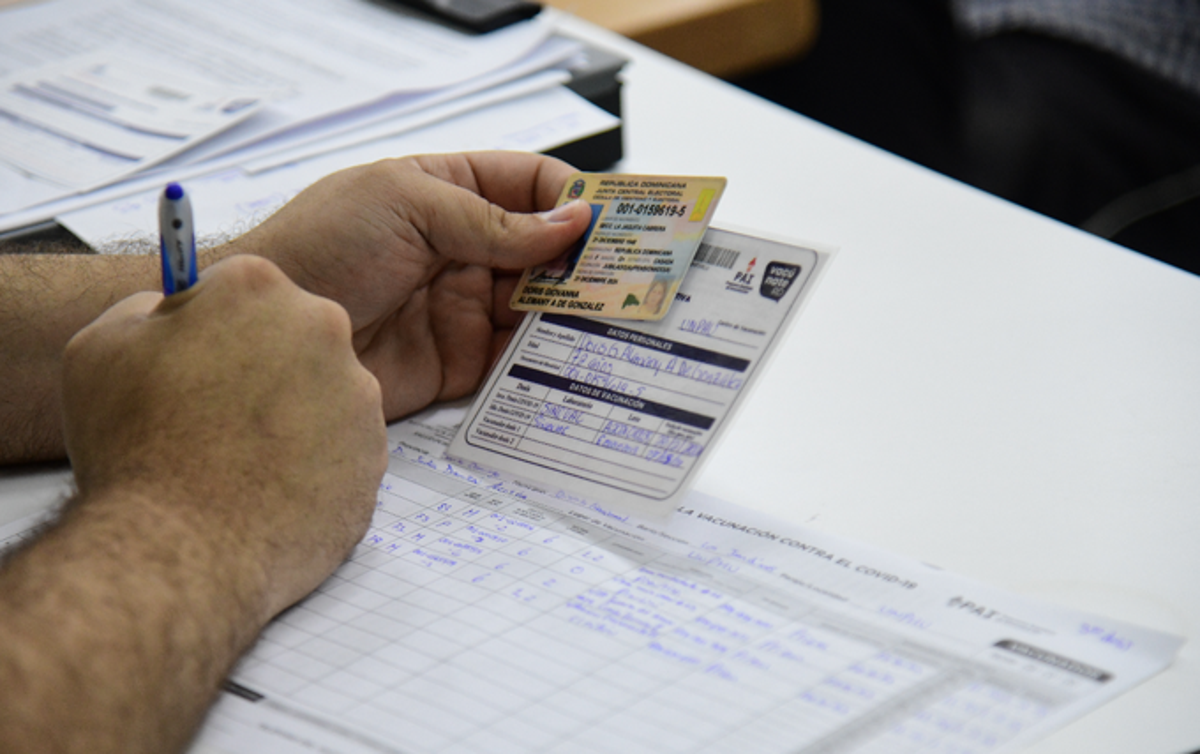 Some nightclubs selling alcoholic beverages and dancing require their customers to present their cards of at least one Vaccination against Covid-19 as requirements to admit them.

In this regard, the president of the Association of Merchants and Industrialists of Santiago (ACIS), Sandy Filpo, said that they have suggested to nightclubs and other commercial establishments in Santiago that they require their customers to present their cards of at least the first vaccination.

The businessman expressed satisfaction in expressing that these business owners are collaborating in that regard.

He also said a similar suggestion would be made to other merchants who are members of that institution because it is the responsibility of all sectors to contribute to the campaign that the government has to reduce cases and deaths due to coronavirus so that activities return to complete normality.

However, some nightclub owners acknowledged that the move bothers many customers but that it is essential to control Covid-19.

According to Filpo, the Dominican Republic is the only Latin America where the vaccine is left over. That is the third that carries 50 percent of its population that has applied the double dose.

Also that the Dominican Republic is one of the few nations in the region that has invested the most resources to acquire the most significant number of vaccines and apply them for free to the population.

“I think this should motivate us to all take on this issue with awareness,” Filpo said.

On the other hand, while the occupations of beds in intensive care Units UCIS and specialized in dealing with Covid-19 issues continue to decrease in public and private health centers in Santiago, the assistance of people who go to the vacation centers continues to fall every time.

This occurs even though there are people who have not yet applied even the first dose and others did it for the first time and did not return to the process, according to doctors, authorities, and personnel who work in inoculation centers.

The Vaccination Center in the Villa Olga club announced its definitive closure on Friday, claiming that it has met the goal set in March 2020.

Leonel Gutiérrez, president of the entity, said that 800 people were treated daily in that center.

Internments go down
Hospitals and clinics
Doctors who work in the clinics Unión Médica del Norte, Corominas, Bonilla, Hospital Metropolitano de Santiago (HOMS), Cibao Medical Center, Materno Infantil, said that the number of patients infected with the virus has decreased. The same happens in the José María Cabral y Báez regional university hospital, where its director called on the population to be vaccinated.

OK. This is as dumb as it sounds. Let’s all create a class of people that can’t go to a club and drink a beer because they chose not to inject themselves with unknown chemicals, and instead wish to wait and see what happens to all of the human lab rats.

Also, we all know how poor people are in the D.R. Bribery is huge here. So it’s really going to work? No…100 pesos and that non vaccinated person still gets into the bar.

This is all for show and it’s crap.