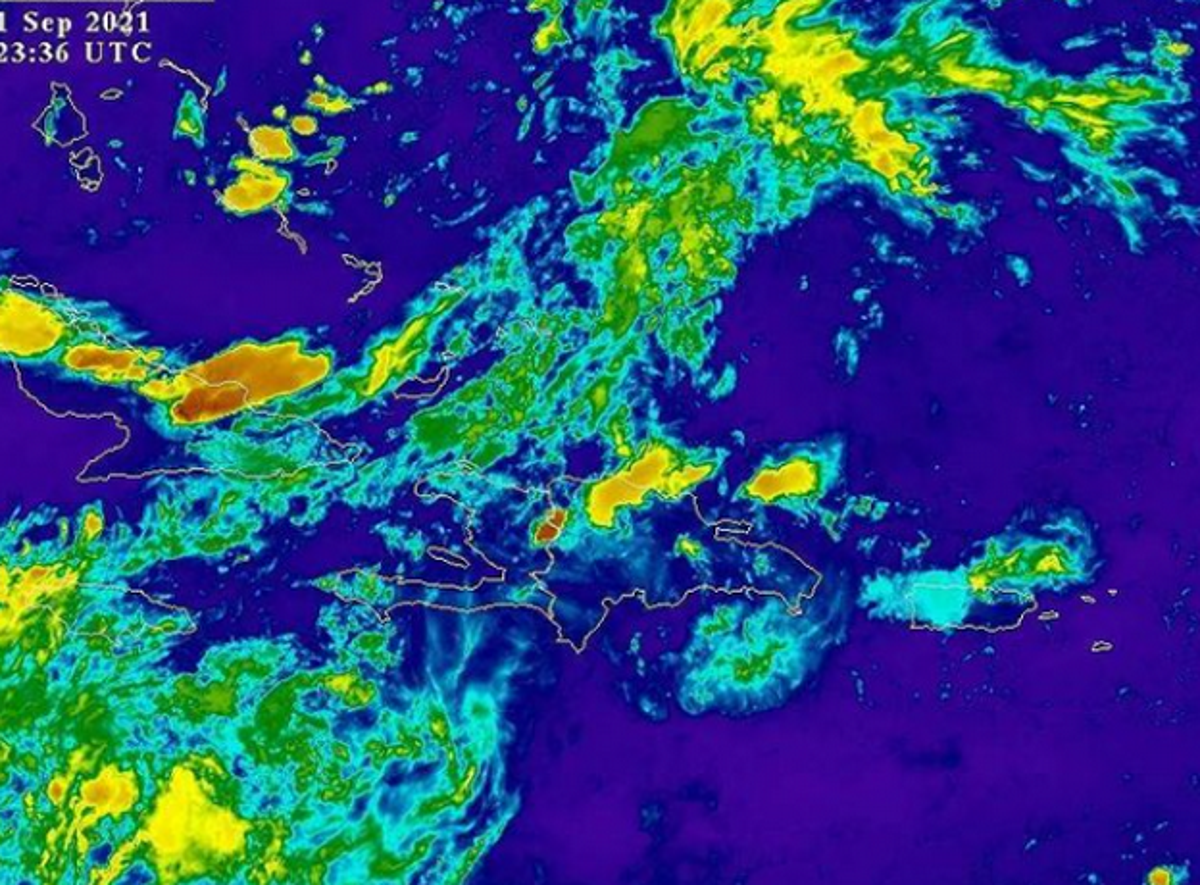 The National Bureau of Meteorology (ONAMET) monitors the evolution and development of Tropical Storm Larry, which was located about 595 kilometers (372 mi.) south-southwest of the island of Cape Verde.

Onamet also explained that it monitors an area of downpours associated with a low-pressure system located southwest of the Caribbean Sea, which has a 30% chance of becoming a tropical cyclone in the next 24 to 48 hours.

He reported that in the meantime, the incidence of a trough in the high levels of the troposphere persists over the country. However, the low level of humidity, associated with Saharan dust particles, will not generate significant rains, only some showers that will occur in the afternoon towards focused points of the Central mountain range and the Haitises National Park.

“Temperatures will remain quite hot, due to the presence of Saharan dust, the time of year and the warm wind from the south-southeast, so we recommend the population, drink plenty of liquids, preferably water and avoid sun exposure for prolonged periods from 11:00 AM to 05:00 PM,” says tonight’s report.

The director of Onamet, Gloria Ceballos, explained that the country felt the effects of the dust from the Sahara about two weeks ago but said that there is good news because the concentration will be lower in the coming days.

“By Saturday we expect this Sahara dust cloud to have moved away. Every year, from June, these Sahara dust clouds begin to transit the Atlantic and remain throughout the summer and part of the fall,” the Onamet director added.

Ceballos further explained that generally, the months of June and August are the most likely to have these concentrations of dust from the Sahara in the atmosphere.