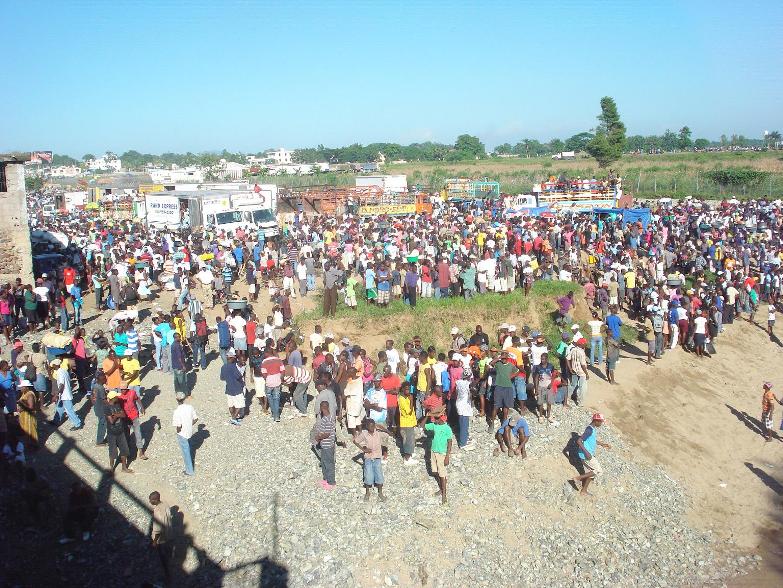 Dajabón, Dominican Republic.- A group of Haitian truckers and merchants blocked this Thursday, for several hours, the border crossing between Ouanaminthe and Dajabón, in protest at the alleged “disproportionate” increase in taxes that the Haitian Customs are charging on merchandise that They enter from the Dominican Republic.

They blocked with trucks the border gate on the Haitian side and the entrance to Customs preventing the entry and exit of vehicles and goods through the border crossing to both countries.

The protesters complain that in the country cement has risen in price and that to this is added an increase in customs tax in Haiti, from 40,000 gourdes, which was what they paid for each truck of cement, to 65,000 and 70,000 gourdes, which they want to charge now.

The protests affected their trading activities on the border, where hundreds of buyers and sellers from that country, who crossed into Dajabón, remained stranded until 2:00 PM, when the protest was lifted.

Suspect it is a Haitian government frantic means to collect funds from where money is moving. This gov’t take-away is on top of the border mafias demanding tribute from the merchants and truckers to allow them approach to/from markets.

They have 11.6 million people birthing 250,000 people a year. The whole island is going to fail! They want to curtail Dominican imports (I guess they think they can hurt DR that way) and not matter what they do, they will pay for imports regardless of origin. Let them drown in their own failure but don’t bring it to DR!