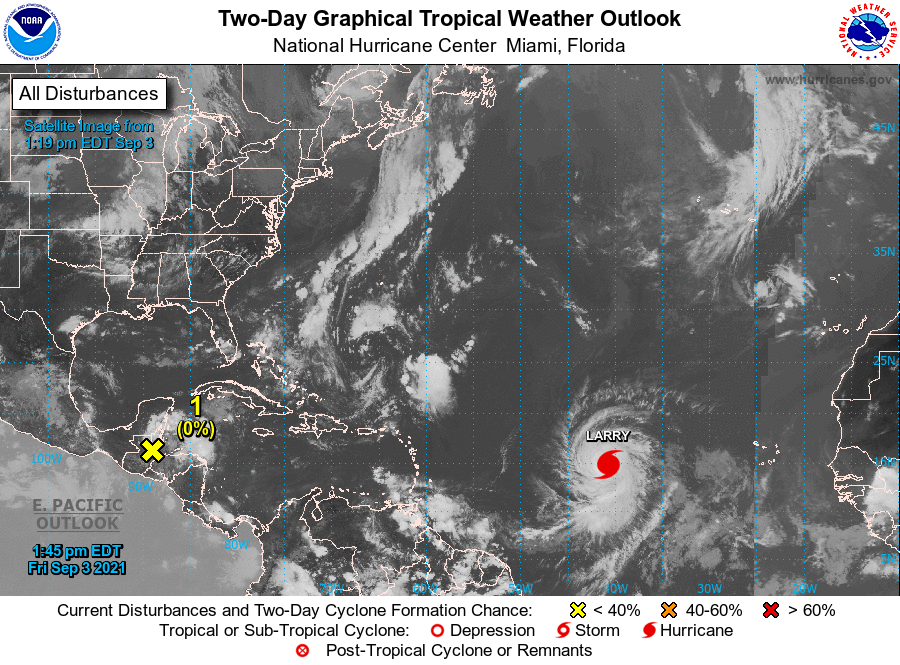 Hurricane Larry continues to strengthen south of the Cape Verde Islands in Africa and is expected to become a major hurricane today as it moves westward across the open waters of the Atlantic Ocean.

The system has maximum sustained winds of 80 mph (130 km/h), with stronger gusts, and is over the eastern Atlantic, 1,235 kilometers (765 miles) off the southern tip of the Cape Verde Islands.

Larry is moving westward with a translation speed of 18 mph (30 km/h) and is “likely to become a large and powerful hurricane,” warned meteorologists at the U.S. National Hurricane Center (NHC).

The forecast continued westward movement through Thursday, followed by a gradual shift to the west-northwest next week.

The NHC said that Larry’s hurricane-force winds extend up to 35 kilometers (25 miles) from the center in its most recent bulletin.

So far this year, five hurricanes have formed in the Atlantic basin.