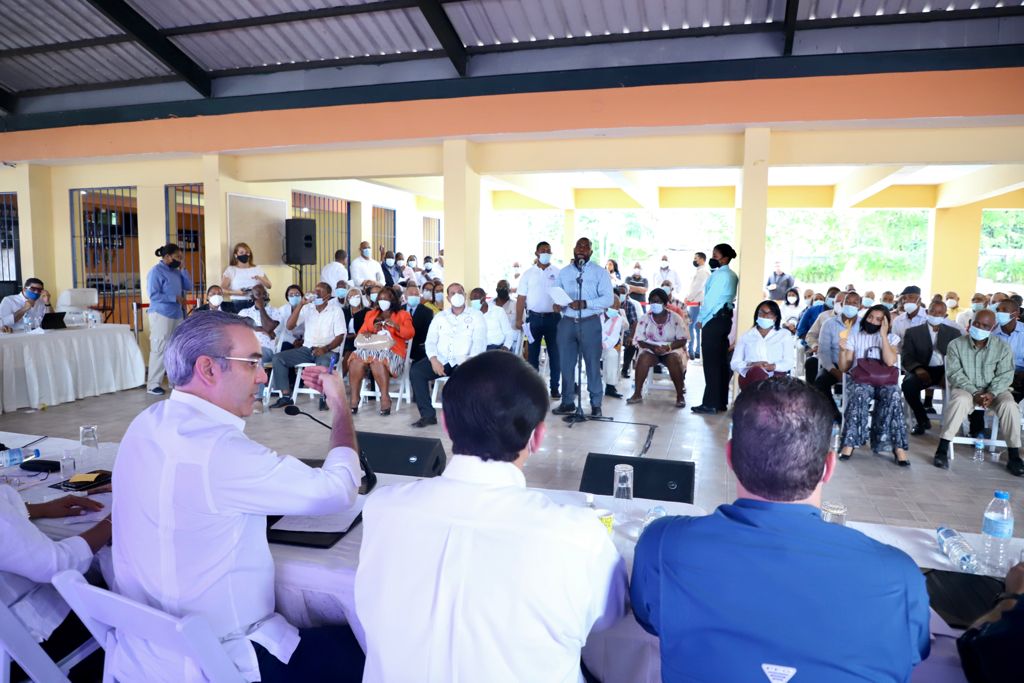 The President of the Republic, Luis Abinader, announced this Saturday during a meeting with community members of San Luis and San Isidro, in Santo Domingo Este, the delivery of more than 20 million pesos to the mayor’s office of that demarcation for the construction of parks, sidewalks, and containments. In addition, they will repair 250 in the area.

Abinader announced the delivery of the funds after a meeting with more than 100 community leaders of the sector, who presented the main problems needs of that demarcation.

“Three schools have been detained, one for three years, one for seven years; primary care units have also been in trouble for many years,” Abinader said.

Abinader said that the uprisings would be made to start building 2,000 homes throughout Santo Domingo Este in the coming days, which will be part of the Ministry of Housing plan. The homes will join the 269 that were built in the “Dominicana Se Reconstruye” program.

The president revealed that they are studying several plots of land to construct a center of the Institute of Vocational-Technical Training (INFOTEP).

“I myself am going to talk with Rafael Santos (the director of Infotep) to be able to bring a large part of the courses offered by Infotep here to San Luis,” Abinader added.

The President of the Republic also announced the construction of an Industrial Zone for many jobs and that it be managed in a “balanced” way to benefit the inhabitants of San Luis and San Isidro.