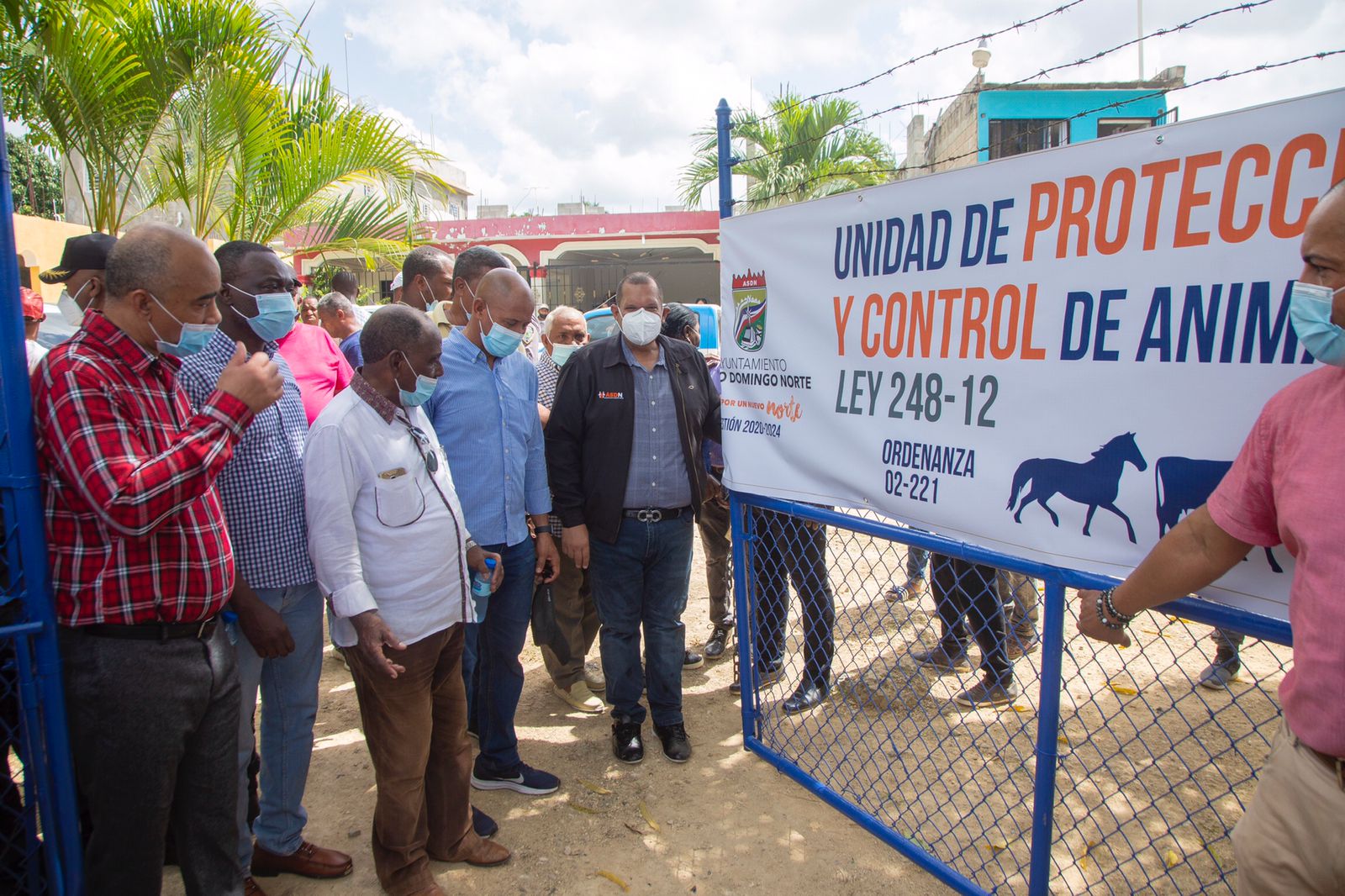 The mayor of Santo Domingo Norte (SDN), Carlos Guzmán, inaugurated this Saturday the first Animal Control and Protection Unit in Los Guaricanos, near the Juan Bosch project, to avoid the constant traffic accidents caused by the presence of different types of animals on public roads.

Guzman explained that the work comes to contribute to the welfare of animals and preserve the lives of people who travel daily in their vehicles in communities near Jacobo Majluta Avenue.

“Here, whoever has an animal and has no place to keep it and leaves it in the street will have to pay a historic fine, and those resources will be used to make works, sidewalks and curbs,” said the mayor of SDN.

He pointed out that the owners of cows, horses, goats, and pigs found on public roads will have to pay a fine at the Office of Delegations of the Mayor’s Office.

The work, which had been requested by community members and presidents of neighborhood councils, was criticized by some of the community members who complained about its location, to whom it was clarified that the unit would be temporary.

The corral has a space of 4,735 meters, built under the parameters of animal protection established by Law 248-12, such as: guaranteeing good food, providing good water service, protecting them from the sun and rain, among other requirements established by the Law in the coexistence of an animal.

Josefina Frías, president of the Juan Bosch Project, thanked the Mayor’s Office for the initiative of this important work and at the same time demanded that their concerns about sidewalks, curbs, and streets be addressed because they are impassable.

“This was a permanent demand of all the communities: the control of the animals in the streets,” expressed Miguel Vázquez, president of the board of neighbors of Ciudad Modelo.

The work was blessed by Pastor Rafael Medina, in charge of the Worship Department of the Municipality of Santo Domingo North.