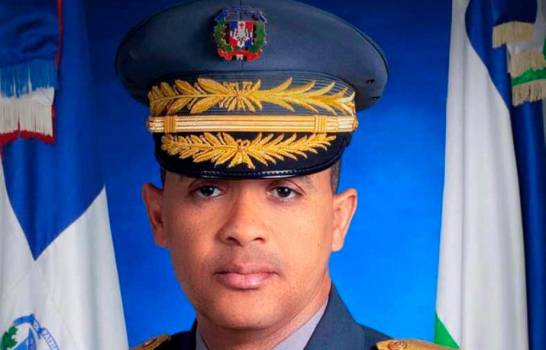 The figure is in comparison to 2019

The monthly average of shoplifting crimes had dropped by 24% nationwide, from 7,853 during 2019, the last year before the pandemic, to 5,993 in the first eight months of 2021, assured this Monday the director-general of the National Police, Major General Edward Sánchez González.

In a government press release, the crimes classified as petty theft are robberies, snatchings, thefts, and break-ins to penetrate houses and buildings and steal things of little value with skill and caution. In 2019, 94 thousand 239 were recorded, the vast majority in the National District (more than 20 thousand) and Santo Domingo province (more than 43 thousand).

Major General Sanchez Gonzalez reported that in the first eight months of the year, the Police had registered 37,526 cases, of which it has already solved 22,188 (59%) and brought to justice 15,831 people. In the first four months, the average case closure rate exceeds 53%, and in the other four months, it has surpassed 60%.

Support from the Ministry of Defense

Major General Sanchez Gonzalez thanked the support received from the Ministry of Defense (MIDE) to maintain crime prevention and prosecution operations throughout the country, mainly in Greater Santo Domingo, Santiago, and the cities with the most significant number of inhabitants; every day more than 4,000 soldiers participate in the program to support the National Police.

The Minister of Defense, Lieutenant General Carlos Luciano Díaz Morfa, said that the pandemic had demanded the largest support operation to the Police to fulfill its security work. In addition, the MIDE and the Police also support the programs of the Ministry of Health related to the coronavirus.

The statistics report compiled by the C5i of the Ministry of Defense, in collaboration with the National Police, indicates that from August 2020 to July 2021, the checkpoints and patrols executed by Police agents with the support of military personnel registered 1.3 million people throughout the country (an amount that represents about 10% of the population), a daily average of more than 4,500 people. In addition, they detained 240,081 people (777 daily average) and 1,856 undocumented persons.

During the daily patrols in June, 3,913 vehicles and 4,087 motorcycles were used.

Major General Sanchez Gonzalez explained that the Police had continued the recruitment and training process to make up for the deficit of personnel found and replace those who have left the force to complete the estimated number of national police officers. Likewise, the number of vehicles continues to increase to provide the necessary motorized patrol service.

All this, he assured, at the same time, that we continue to advance in aspects of police reform and expanding the Citizen Security Plan.

Major General Sanchez Gonzalez said that a team of experts is also working to establish new mechanisms to make it easier for citizens to collaborate in prosecuting crime, simplifying the process of receiving and following up on complaints.

The Director-General of the Police said that since he assumed this position, he has worked to correct the institutional weaknesses found in the different areas of the institution. Still, it is a task that demands time and the support of all honest citizens.

Really , I don’t believe it.