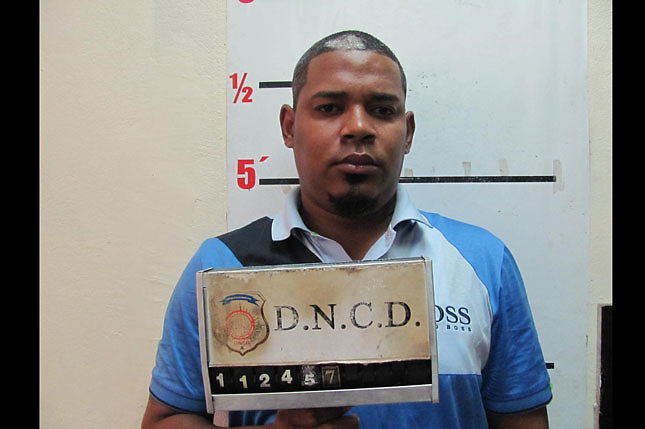 Juan José de la Cruz Morales was arrested in 2016 in Puerto Rico for cargo listed as the largest in the island’s history.

Three of those arrested during Operation Falcón by the authorities this Wednesday have previous convictions for drug trafficking and money laundering during events that took place between 2012 and 2016.

During the operation, in pursuit of a network accused of money laundering and drug trafficking, the government official Juan Maldonado Castro, head of the General Directorate Comunidad Digna; Lenin Bladimir Torres Bueno, Delfina Asunción Polanco, were among others also arrested.

The investigations of this operation had been underway for approximately seven months. This Wednesday morning, more than 80 raids were carried out in Santiago, Santo Domingo, the National District, and other districts. As a result, the authorities have seized dozens of movable and immovable goods, including fuel stations, high-end vehicles, and luxury watches.

The following are the arrested persons involved:

In August 2012, De la Cruz Morales was arrested in the Dominican Republic with Ricardo José Báez García while passing through the Duarte highway toll in a vehicle with a cooler containing 491,460 US dollars.

On that occasion, the DNCD reported that days after the arrest, both were favored with an order of no place by the magistrate José D. Duvergé Mejía, judge of the Fifth Court of Instruction of the Province Santo Domingo, who heard the accusation for money laundering.

Judge Duvergé Mejía alleged, among other things, that at the time of his arrest, the DNCD did not have the power to execute an arrest warrant, even though he was caught in the act. The judge also ordered the return of the 491,000 US dollars that the agency had seized.

In July 2013, he was arrested in Puerto Rico when he tried to enter the country illegally in a dinghy.

On that occasion, information about the arrest was released by the DNCD after explaining that the Dominican had a criminal record pending in Puerto Rico, from where he had been repatriated years ago.

The homicide took place in August 2013 in Santo Cerro, La Vega, where De la Cruz Morales was transferred for knowledge of coercive measures against him.

In November 2016, he was arrested in Puerto Rico for his connection to the seizure of 1,786 kilos of cocaine, a shipment that at the time was cataloged as the largest in the history of that country.

Juan José was arrested along with six other Dominicans identified as Erick Mosquea Polanco, Kevin de Morla Santana, Rudy Contreras Severino, José Morales Soto, Sandy Hernández Mieses and Jonathan Jiménez Díaz. Four of them were arrested in Puerto Rico and the rest in the Dominican Republic.

All but Jimenez Diaz were previously indicted by a federal grand jury in Puerto Rico for attempting to smuggle drugs from the Dominican Republic. The drugs were found in a van at the residence of Hernandez Mieses, who is disabled due to gunshot wounds to both legs years ago.

In March 2013, she was sent to jail for three months as a coercive measure when she was accused of laundering RD$100 million from drug trafficking.

According to the Special Anti-Money Laundering Prosecutor’s Office, the woman was the girlfriend of the Colombian Huber Oswaldo Buitrago Ruiz, who served a sentence in the Dominican Republic together with his brother for their participation in an international drug trafficking and money laundering network.

The accusatory file established that Tavarez Rodríguez had full knowledge and allegedly agreed to pretend to be the owner of a villa, which was acquired for a value of approximately US$2 million, located in the Metro Country Club tourist project, San Pedro de Macorís.