Abinader: “I want that unfortunate acid to disappear from the Republic” 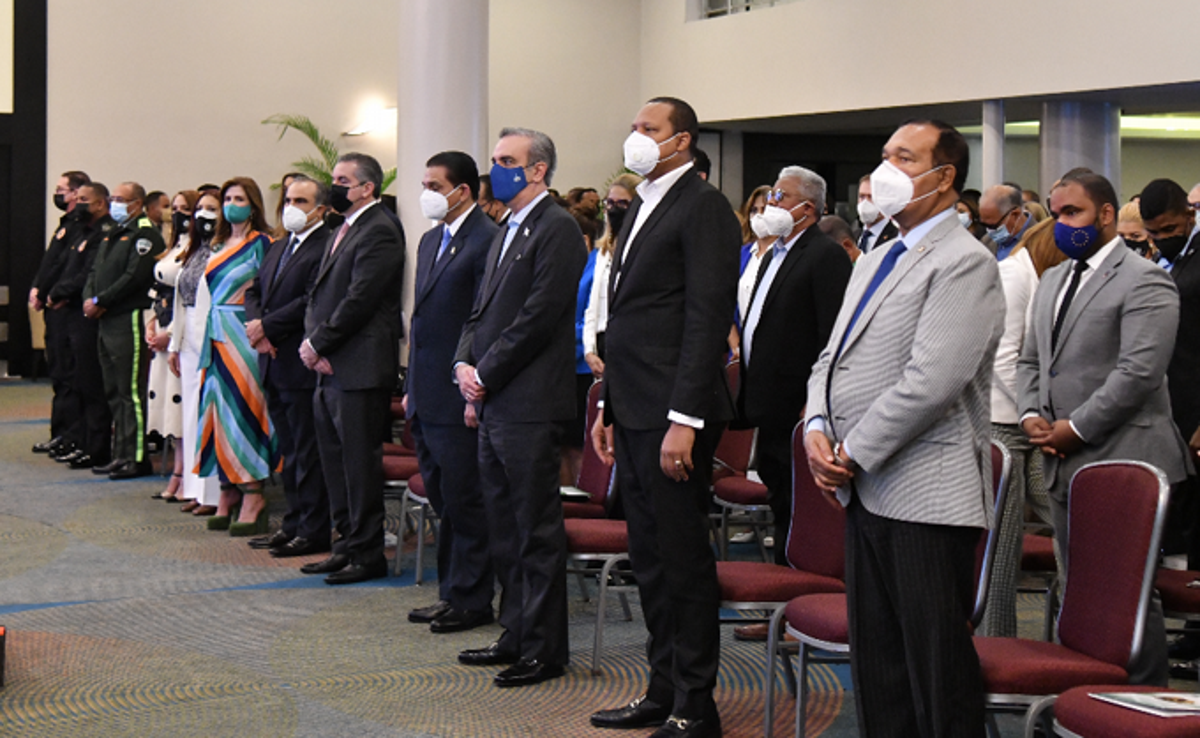 President Luis Abinader exclaimed that the “full weight of the law” must be applied against those who have used “devil’s acid” as a criminal weapon and caused permanent damage or death to third parties.

The president cataloged it as “unacceptable and inhumane” and established that the products used to manufacture this “wretched acid” be withdrawn from the market.

“I want this wretched acid to disappear from the Dominican Republic in the next few months…we are going to focus on making this product disappear and the full weight of the law will fall on those who have it available for sale. With you (Proconsumidor) at the head and a multi-institutional team, we are not going to allow this product, which has brought so much mourning and misfortune to Dominican families, to continue to be present and available,” said the President during the National Consumer Rights Day ceremony.

Abinader expressed his solidarity with the families of the recent victims of attacks with this chemical substance.

In the last few months, several women have been victims of the devil’s acid, the most recent case is the young Yanelis Arias in Salcedo, who died, and for the case, a person remains in custody.

Withdrawal of products
The director of the National Institute of Consumer Protection (ProConsumidor), Eddy Alcántara, said that five days ago, interventions began in Greater Santo Domingo, San Pedro de Macorís, San Cristóbal, Santiago, and other localities, to remove from the market the components used for the manufacture of devil’s acid.

Alcantara added that some 105 commercial establishments had been intervened, of which 47 have already been sanctioned.

“We have a proposed route of 14 provinces which is where our intelligence team has told us that the commercialization of this product is most frequent…rest assured that just as we eradicated adulterated alcohol, so in the next week we will be eradicating devil’s acid,” Alcantara added.

He said a draft reform bill would be submitted to the National Congress, which seeks to strengthen this institution’s legal framework and assign greater enforcement capacity in favor of consumers.

He also cited the opening of offices of the institution in strategic areas such as Dajabón, Monseñor Nouel, and Samaná, which will join those that have been opened in Puerto Plata, Punta Cana, La Vega, and Espaillat, to carry out a more efficient work reach.

President Abinader and Alcántara participated in the commemoration of Proconsumidor’s anniversary and the First National Forum of Consumer Protection Actors organized by Proconsumidor at the Crowne Plaza Hotel on George Washington Avenue.

The prices
In another order, President Abinader reaffirmed his commitment to guaranteeing the population health and safety in the consumption of goods and services and protecting consumers’ economic and legal interests.

During the activity, the head of state was also cited as another of the government’s priorities, promoting access to information and education on the subject, strengthening consumer associations, and promoting socially responsible and sustainable consumption from an appropriate environmental perspective.

“The government is highly committed to guaranteeing access to safe and healthy food for consumers, especially for the most vulnerable,” said the President.

He also explained that to achieve this, the government has put in place numerous measures, including high capacity surveillance throughout the production chain, from contact with producers, manufacturers or importers, to the approach to representatives of the wholesale trade.