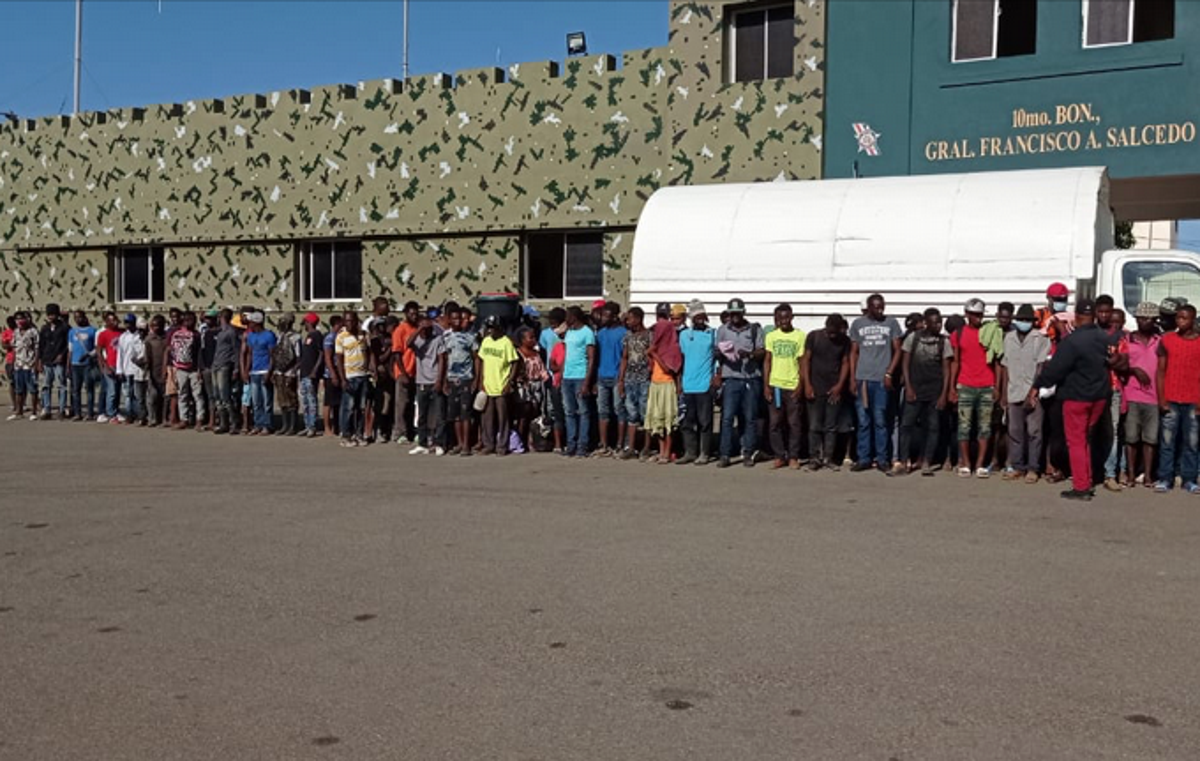 The military and migration are persecuting Haitians who cross the border clandestinely.

Military and immigration authorities intensified operations yesterday and over the weekend against undocumented Haitians who try to cross the border en masse and wander through communities in the provinces of Valverde, Santiago Rodriguez, Monte Cristi, and Dajabon.

At least 4,438 Haitians have been apprehended and returned to their country in two weeks. Social and political instability, insecurity, the earthquake that affected the southern part of their country, the terror of gangs, unemployment, lack of food, misery are creating migrations of Haitians to Dominican territory. Still, the military stationed in the area is combating this phenomenon.

Meanwhile, hundreds of Haitians entered the binational market yesterday Monday to stock up on goods and food that are scarce in their country and exchange trade with Dominicans.

Despite the close vigilance maintained by the Army in the border zone and the Northwest, many Haitians try to circumvent this device to try to cross clandestinely into Dominican territory. However, members of the Army of the Dominican Republic, in coordination with inspectors and officers of the Directorate of Migration, maintain continuous operations to frustrate the neighbors’ attempts.

The commander of the Fourth Infantry Brigade of the Dominican Republic Army in Mao, Colonel German Rosario Perez, said that Haitians had been detained during operations carried out in different communities in the four provinces of the Northwest. This weekend, more than 500 illegal Haitians were arrested and returned to their country by military troops and immigration inspectors as they wandered through streets, alleys, and highways in the area.

Rosario Perez declared that they are working 24 hours to combat human trafficking, drugs, animal theft, smuggling, and other illicit activities. In this order, he warned that their time has come for the people involved in these illegal activities.

SECURITY
Patrolling.
Colonel Rosario Pérez explained that, in addition, on the instructions of Major General Florián Pérez, he has sent new trucks and motorcycles to reinforce patrolling in the provinces of Monte Cristi, Santiago Rodríguez and the Inspectorates of Restauración and Loma de Cabrera, these last two localities belonging to the province of Dajabón. In addition, soldiers comb the mountains in search of undocumented immigrants.

Lets make Dominican republic conservative again” we need a new era balaguer to restore order and law back to the country. Deport all haitians, and kill all the vende patrias thiefs of the pld. 😡

What’s wrong with this? There are 10,000+ plus RD troops at the border and the illegals still enter the RD.