Dominican Republic ‘powerful and feared’ capo is on the loose 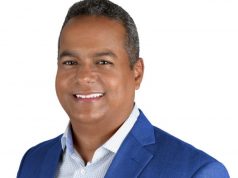 Santo Domingo.- In an effort to circumvent the authorities’ controls for money laundering from drug trafficking, the alleged members of the Falcón case network used different means to move resources.

Investing in various commercial activities is one of the fundamental aspects detailed in the request for pretrial detention, which also refers to cash payments in dollars or daily deposits, as well as the use of false license plates to avoid money-laundering alerts.

The group is accused of forming an international network of drug and arms trafficking to the United States, Europe and Puerto Rico, as well as of laundering and illicitly financing political campaigns.

Erick Randhiel Mosquea Polanco (fugitive), alleged leader of the network and whom the authorities define as a powerful and feared international drug trafficker who had his operation center in Santiago offered cash payments or daily transactions, as part of his MO.