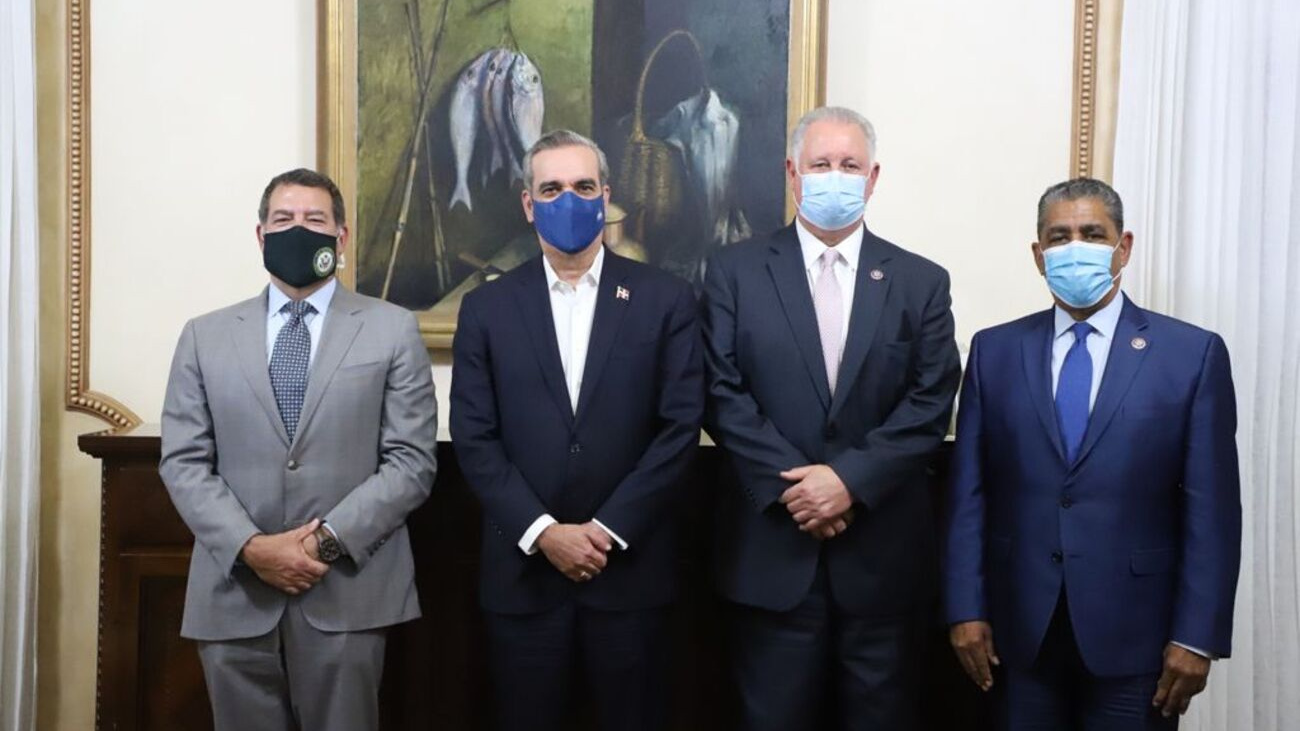 Santo Domingo.- President Luis Abinader on Thur. received in the National Palace a delegation of three congressmen from the United States, including the Dominican Adriano Espaillat, from New York, with whom he spoke about the situation in the country and the region.

The legislators arrived accompanied by the Foreign Minister of the Dominican Republic, Roberto Álvarez, and the Dominican ambassador, Sonia Guzmán in Washington.

The foreign minister said the US congressmen are on a tour of the region, but in the country the objective of the legislators’ visit is to establish and strengthen ties between the two countries.

“I have known the President since 2011 and I am very proud of what he has done in a short time, such as his fight against corruption and against Covid. We also talked about how to improve the economic situation in the Dominican Republic,” said Albio Sires, accompanied by Mark Green.

So DT left the names of the legistators out? this newspaper is a monument to lazy journalism.