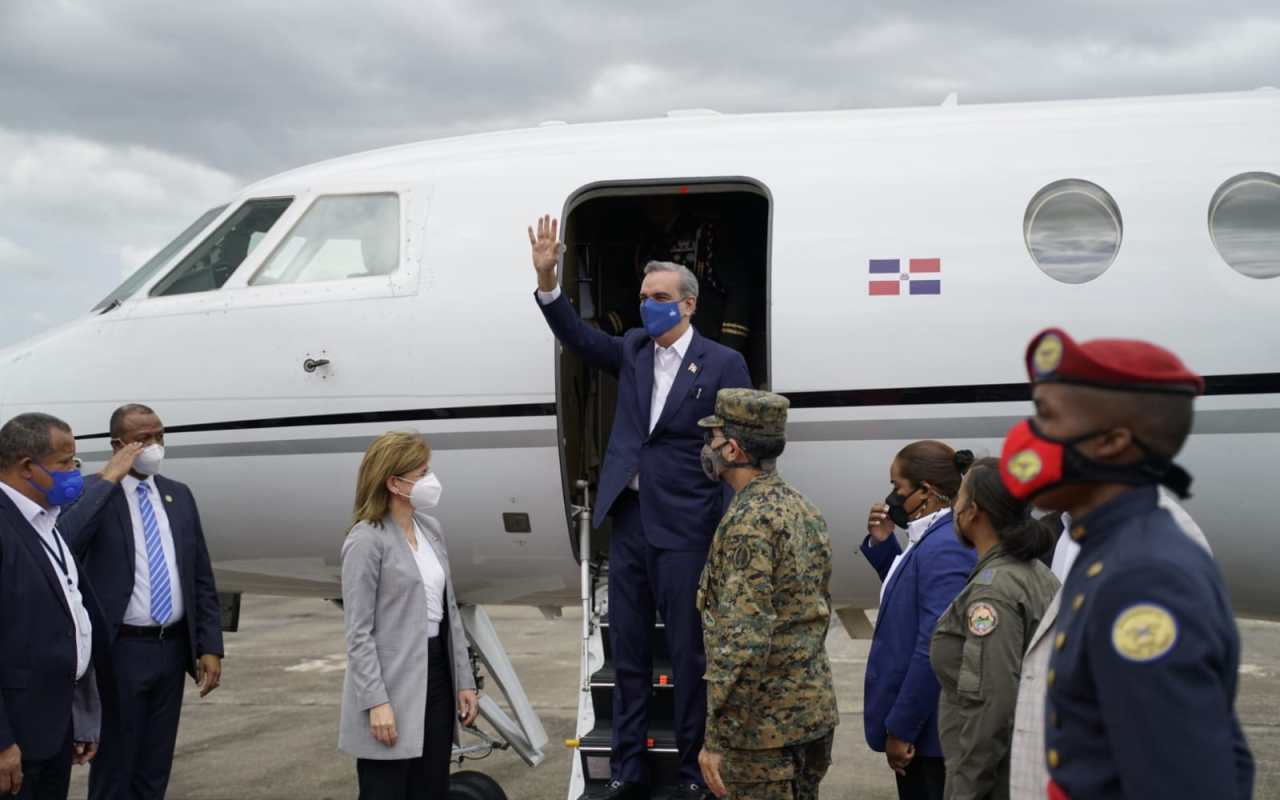 President Luis Abinader will travel to New York City tomorrow to participate in the UN General Assembly and lead other meetings and gatherings.

He will speak at the UN and exhaust intense agenda.

President Luis Abinader will travel to New York tomorrow to participate in the 76th General Assembly of the United Nations (UN) and follow an exhausting schedule that includes bilateral meetings and meetings with representatives of the Dominican diaspora.

The president will leave the country at 6:00 in the morning from the International Airport of Las Americas, José Francisco Peña Gómez, on a commercial flight. Upon arrival in New York, President Abinader will be received at John F. Kennedy Airport by the consul general Eligio Jáquez.

Tomorrow the president will hold a meeting with Dominican journalists based in New York and then go to a welcome event organized by the Consulate General at the Armory Track, 216 Fort Washington Ave, from 5:30 to 6:30 in the afternoon. He will also have a conversation with elected officials of Dominican origin, the leadership of the Dominican community in New York, and children of Dominicans born in the United States and nationalized Dominicans between 7:30 and 8:30 at night.

On Sunday, President Abinader will participate in the ceremony of awards to personalities of the diaspora in the United States and presentation of new actions of the Dominican Institute Abroad (Index), to be held in Beverly Hills Manor, Bronx, at noon.

He will then attend the accountability event with the overseas community at the George Washington High Auditorium. In the evening, president Abinader will attend the game between the Mets and the Philadelphia Philips, in which he will throw the first ball at Citi Field.

His schedule also includes participation in the World Leaders Forum of Columbia University, where he will offer a lecture with the academic Jorge Castañeda and then attend the opening of the exhibition, “1961: Year of Freedom,” in collaboration with City College of NY (CUNY), in CUNY Park.

Later he will have an intervention in the first virtual meeting with ministers from New York City.

On Tuesday 21, President Abinader will participate in the opening of the debates in the HALL of the GENERAL ASSEMBLY of the UN, where the Secretary-General of the body and President of the Assembly, Antonio Guterres, will speak.

The Dominican head of state will speak before the members of the UN General Assembly on Wednesday 22, between 5:00 in the afternoon to 7:30 at night, at United Nations headquarters.

In addition, a meeting with Professor Jeffrey Sachs of Columbia University is scheduled to attend the opening of the new representative office of the Reserve Bank in New York City at Marriott Marquis Hotel. Finally, on Thursday 23, the president will return to the country at 5:00 in the afternoon.

The Head of State will be accompanied by the Minister of Foreign Affairs, Roberto Álvarez; the Administrative Minister of the Presidency, José Ignacio Paliza; and the Ambassador Permanent Representative of the Dominican Republic to the UN, José Blanco.