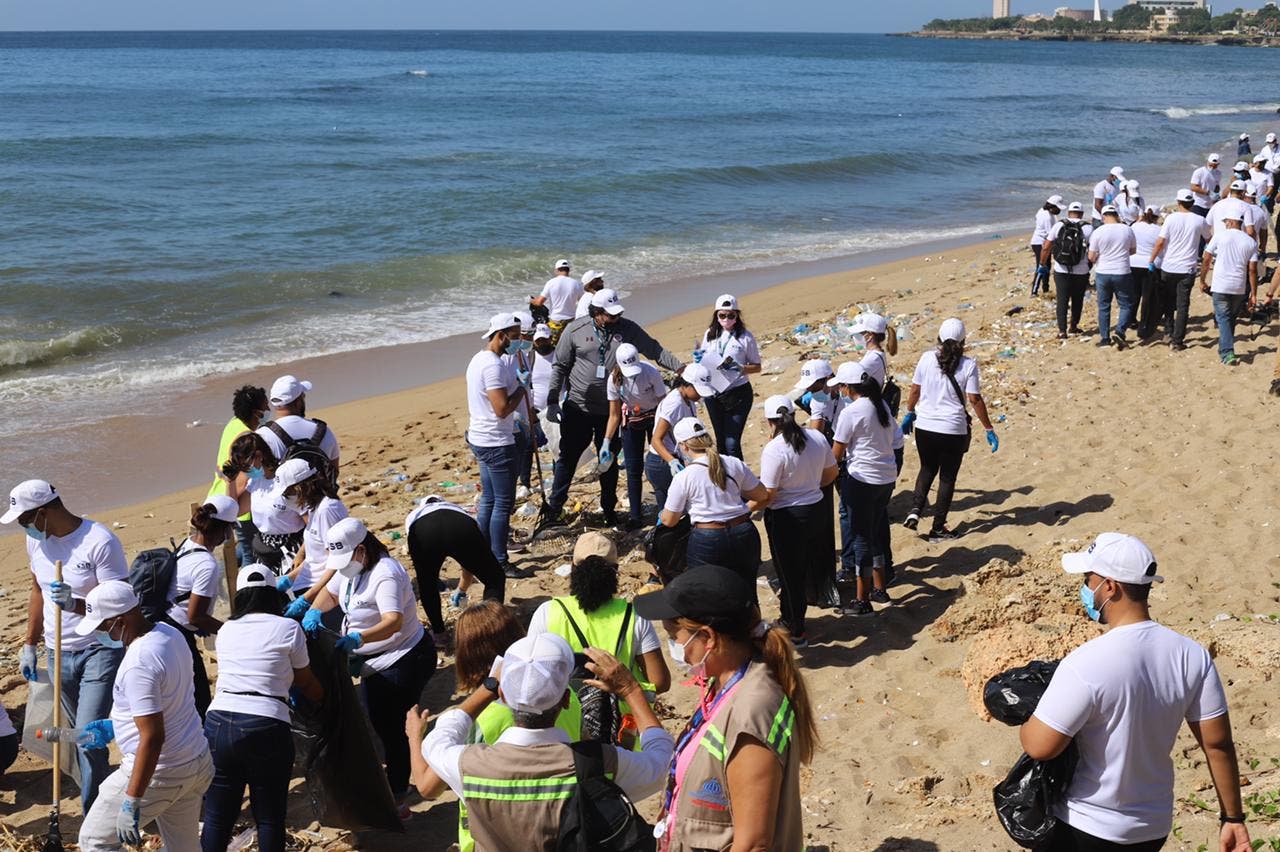 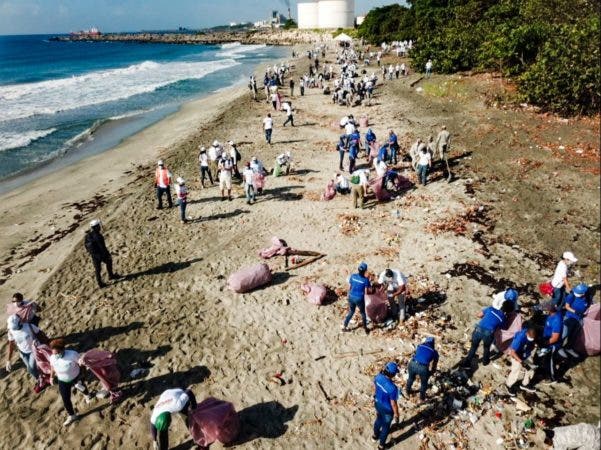 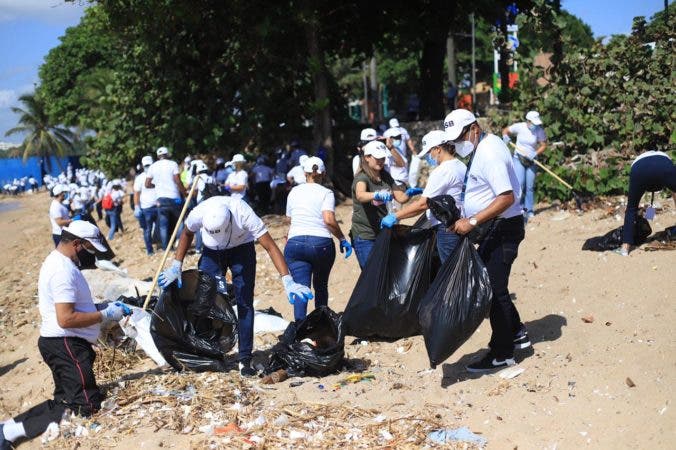 In commemoration of World Coastal, Beaches and Riverbanks Cleanup Day 2021, the Ministry of Environment and Natural Resources, through the Vice Ministry of Coastal and Marine Resources, held the National Cleanup Day with the purpose of warning and raising awareness about the growing pollution of the seas and oceans that affects marine ecosystems.

This Saturday, September 18, 80 beaches, a coral reef, and 25 riverbanks, lakes, and streams were cleaned simultaneously with the support of public and private institutions that joined the cause.

Environment Minister Orlando Jorge Mera, who led the day’s main event on Manresa beach (breakwater), urged citizens to raise awareness about the proper management of trash, litter, and garbage since the high pollution levels are closely linked to the culture of discarding and littering, which negatively affects marine biodiversity.

“We firmly believe that the legislations we are implementing, among them, the Solid Waste Management Law, will dramatically mark the before and after in the conditions of our country’s beaches, coasts and shores,” said Jorge Mera.

This situation affects from plankton to whales, animals in ocean ecosystems are profoundly affected.

According to the UNDP 2018 report, every year, between five and thirteen million tons of garbage end up in the oceans around the world. These include bags, bottles, tires, cigarette filters, balloons, cups, and straws: from microplastics to macroplastics.

The problem of pollution of coastal marine ecosystems begins on land. Collection, reuse, and recycling in developing countries can help to dramatically reduce solid waste entering the ocean.

World Coastal, Beach, and Riverbank Cleanup Day was instituted by The Ocean Conservancy about three decades ago. It is currently celebrated in more than 100 countries. 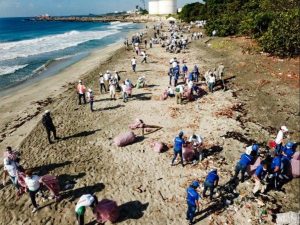 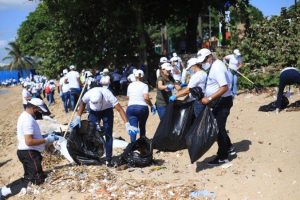 In the Dominican Republic, since 2005, the Ministry of the Environment initiated the celebration of this day, involving different organizations and institutions.