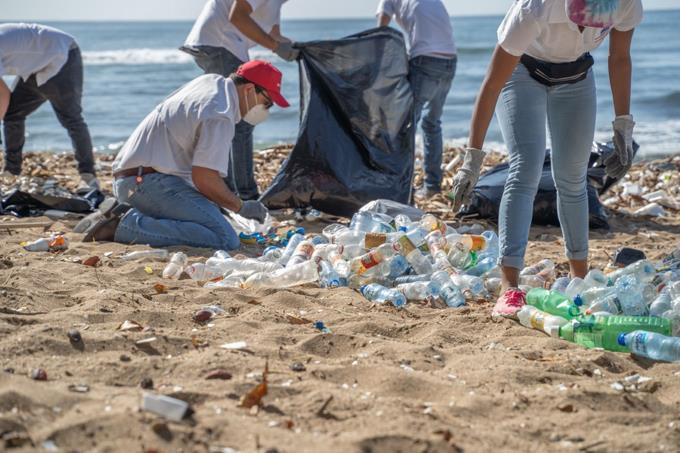 The oceans cover approximately 70% of the planet’s surface; waste already exists in practically all of them, which poses a threat to the health of the seas and coasts and the economy and communities.

Aware of the importance of ocean conservation and the importance of having healthy ecosystems, the Dominican Association of the Plastics Industry (Adiplast), in coordination with Sostenibilidad 3R and the Caribe Circula regional project, held a series of national beach and coastal cleaning days, an initiative that takes place every year during the “International Beach Cleaning Day.”

This initiative aims to prevent the dumping of waste in the seas and create greater awareness and commitment in citizens about the proper management of waste.

“If we prevent waste from ending up on our beaches, ravines, rivers and lakes, we can separate and recycle it correctly, and thus achieve greater use of these. We make a great contribution in favor of our nature. We invite you to separate the waste from your homes to prevent it from continuing to reach our beaches, polluting the oceans and marine species,” said Álvaro Sousa, president of the organization.

On the occasion of the celebration, the entity presented the campaign #DesechaResponsable, which seeks to raise awareness among citizens on how to manage their waste consciously and responsibly. It is estimated that every year around eight million tons of trash end up in the oceans, which means that every minute a truck full of garbage is dumped into the sea.

The first beach cleaned was “Tortuga,” where 700 pounds of common garbage were collected. The plastic bottles and gallons were delivered to the NUVI program and then converted into raw materials for new products. Other waste recovered from the environmental organization Parley for the Oceans.

On this day, the Ministry of Industry, Trade, and MSMEs (MICM) supported the Association with more than 20 volunteers for cleaning.

Fantino Polanco, Deputy Minister of Industrial Development of the MICM, urged the population to be respectful of nature and the environment and insisted that proper waste management from home is necessary to prevent beaches from being the repository of tons of waste.

The meeting was also attended by the Minister of Environment and Natural Resources, Orlando Jorge Mera, and the Deputy Minister of International Cooperation, Milagros De Camps.

Prevention is teaching people that is is their “Patria” , and they should be responsible…Prevention , sometimes it might be to late cure….!!!

This should be prevention and punishment

It is an uphill battle.

Santo Domingo – A new study puts the lid on a vox populi that...