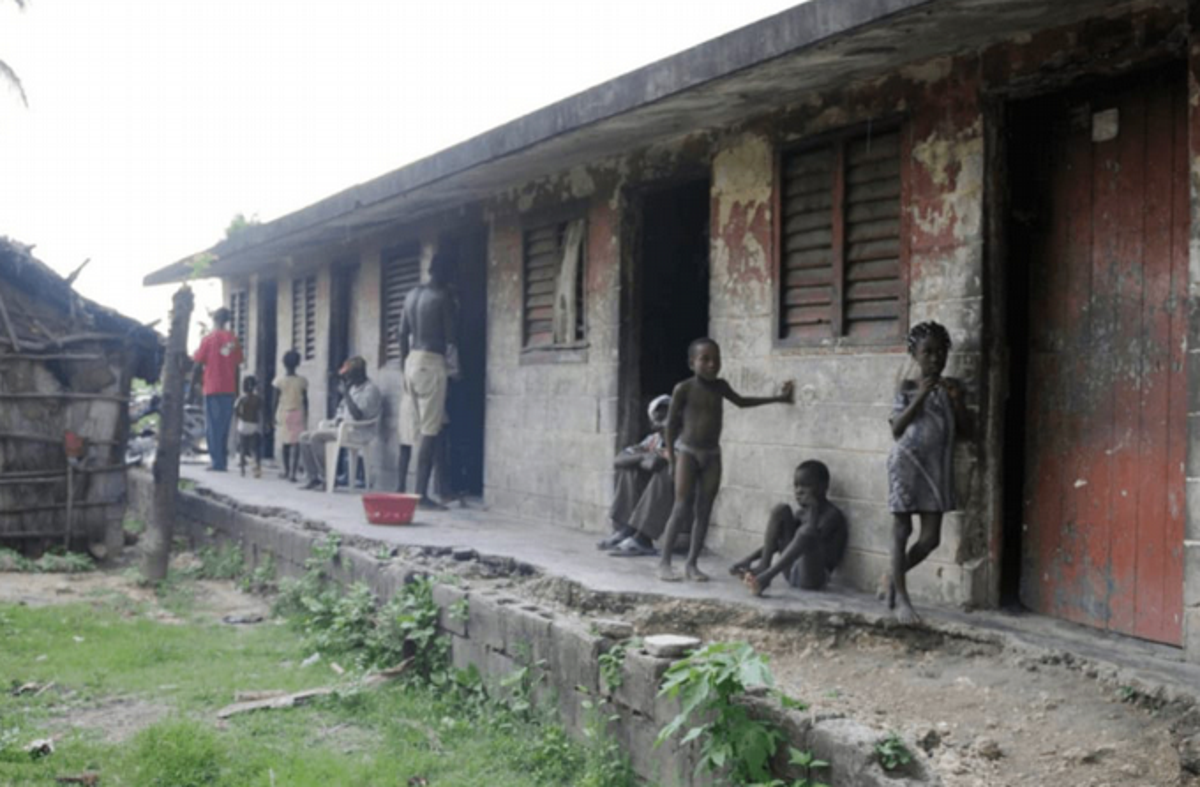 With papers or without papers, legal or illegal, there are Haitians who make abandoned buildings and houses a “warm home.”

Their mode of operation is simple. The first one, or two or three, arrive, and then, no matter the capacity of the space, they are joined by family and friends eager for a “safe” roof with no expense.

LISTÍN DIARIO wanted to visit some places where this practice is common. In doing so, it has been noticed that some occupy abandoned shacks in marginalized neighborhoods and that once they inhabit them, there is no one to get them out of there. Others have better luck and settle in privileged areas of the city.

Claude Batiste did well when she arrived in the Dominican Republic. She was a teenager, and upon her arrival, her father already “had a house” in nothing more and nothing less than a good place in Arroyo Hondo.

“I must tell you that I was surprised when they took me to that house. Sure, we were still just as poor, sometimes not having enough for food, but we had a nice, safe roof over our heads.”

As she gives these details, in perfect Spanish, the young woman sighs and recounts that there were many nights they went to bed without supper, but at least if it rained or was sunny, they had somewhere to shelter.

“I don’t know whose house it was or is, nor why they left it abandoned, but I do know that it was a friend who took my dad to live with him and his family. I tell you that we lived 17 people in a house with four bedrooms, a large living room, a dining room, a kitchen and five bathrooms. Very comfortable, but there were a lot of us. I think more people live there now,” she says and can’t help but smile.

She recognizes that back then, there were fewer Haitians in the country.

Claude got a lot out of that experience. As she calls them, her three best friends or sisters, she met in what was her home for 16 years. She arrived when she was 15, moved from there when she was 31 and is now 36. She studied for her medical career while living there but formed a separate tent when she started working. Today she lives with a sister in a not-so-privileged neighborhood, but it is the one they can afford.

She was never ashamed of living in an abandoned house, much less of being extremely poor.

“My dad worked construction, with that he helped me so that I could study, which in fact, is why I came to this country that I love. First, I had to send money to my mother and my siblings, and then I managed to work as a maid in one of those houses and we brought my sister with us so that she could also study. We are legal here and my father was legal before he died,” says the young woman, who today works in a Dominican medical center.

Listin Diario did not know for sure, but according to some of the inhabitants of these abandoned places, there are those who “mark their territory.”

The one who arrives first takes possession of the “property” and is dedicated to attracting tenants.

“If the place is big, it may have more than one ‘owner’ and they charge those who move in.”

Francois offers that explanation, a young man who lives in an abandoned construction site and immediately meets one of his companions head-on. Although his complaint was in Creole, Francois translated: He says not to tell that.

His friend understood the simple interpretation and, in broken but understandable Spanish, he denied Francois: “It’s not true. We all live here and everyone pays his own way and buys his mattress.”

Hearing this, the “informant” smiled and nodded that it was not so but still helped clarify the message.

Many reporters from this media asked about how they occupy a house or construction in abandonment, but only two, apart from Francois, answered something and refused to give their names.

For various reasons, they are afraid to touch the subject, especially when they know that this practice is not to the liking of the residents, especially in sectors such as La Castellana, Arroyo Hondo, Bella Vista, Las Praderas, Ensanche Quisqueya, El Millón, and many others in the Capital and various towns in the country.

Hence, to get a more detailed description, a journalist from Santiago asked if this type of occupation is arranged there. The answer was: “Before yes, it is already very controlled, now what there is is a lot of Haitian labor and, as everyone knows, some stay to work construction and when the work is finished they go looking for another job elsewhere.” Thus, in Higüey, to have at least two places from one end to the other, abandoned properties continue to be occupied.

“They go wherever they can and drag their people in, but nobody does anything. So I say no more,” was the response of a well-known person on the subject.

But well, taking up the brief considerations of the people who spoke, it is essential to say that both agree that they only inhabit places they see abandoned and that if the owners arrive, they vacate the site without a problem.

“But there are some that seem to belong to no one and no one asks us to leave.” This is the comment of one who has resided for three years in an unfinished building located in a central part of the city.

Another person said: “They rented me a room so I could bring my wife.” He did not say more, but he said a lot, and, with his comment, he corroborates what Francois says that there are those who in those houses or abandoned buildings “mark their territory” and live from that.

Complaints about lack of hygiene

The route to see how they live continued. It was necessary to look from afar and to feel out each case. They are naturally guarded concerning “their homes,” and afraid that someone might chase them out, although it is difficult. The residents of La Castellana know this.

Despite having one of the most robust neighborhood councils, they have not been able to get a group of Haitians who have been occupying an abandoned property for years to move out. What bothers the residents and others in other sectors is the overcrowding and the noise they make all day long.

There are residents in impoverished neighborhoods who say that where one Haitian moves in, there are already ten within a week and do not comply with the most minimal hygiene.

“I have lived here for a long time, and I am poor, but my house is clean and that is why I don’t understand why if they have decided to live in an abandoned house, why they don’t clean it. I don’t mind if they stay in what is not theirs, but I do mind if they are not tidy, and make so much garbage.”

This is told by a woman who, although she gave her name and wanted a photo, her son did not allow it “because those Haitians are vengeful.” He fears reprisals against his mother for expressing her opinion on the subject. After that, a man who wanted to speak only said: “They have a batey here.”

On Euclides Morillo Street, near the Santo Domingo Aqueduct and Sewage Corporation (CAASD), a while ago, a large group of Haitians was evicted from a property they occupied and even had fried food and other businesses there until the owners decided to dismantle it to build a building. They had been living there since 2000. This is what Manuel, a person who has collaborated a lot with this work, tells us.

The engineer of a construction company that is close to an abandoned building was interested in the subject. Without intending to, he gave a good tip: “It is good that Listín does this work because it is not for them to be removed since they occupy properties that apparently nobody claims, but it is necessary that if they are going to stay living there where they pay nothing, absolutely nothing, no water, no electricity… in short, that at the very least they are required to clean up their environment.

In Guarocuya, Las Praderas, there is a house that is occupied by four or I don’t know how many families, and that is a shame. That carelessness and the scandal they make depreciates the nearby properties. It is nothing against them, they are very hard workers, but this conduct hurts us”, he concludes, hoping that they will take control of the matter.

Its time to get them all out of the country, we cant provide for those people that hate us

Alberto…who will build your house…who will clean your streets…who will pick up your garbage? Do you have the answer to this? I would love to hear it. The Haitians I know do NOT hate Dominicans. On the other hand, a good number of Dominicans I know HATE Haitians. So…what will it be?

Sounds lovely what you say, but if your illegal you must go, if you are working with a visa you should stay, we are not going to support illegal migration to DR, we need those ocuppying land to leave

Take them to your country, look what gringos are doing to them

Mike… stop with the dishonest arguments

On the other hand, a good number of Dominicans I know HATE Haitians. So…what will it be?

We can hate whoever we want in our land, its up to haiti to love themself and build up their failed state, DR is not responsible for Haiti

Squatting in unoccupied buildings is not unusual in the RD. It is not just Haitians who do it.

But Dominicans are in their land in their country, you cant just come and do whatever you want in a foreign country