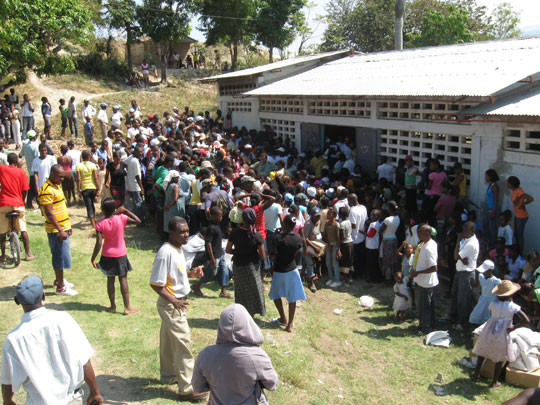 Santo Domingo.- The crisis in Haiti, which has been added to the massive deportations of Haitians that the United States began this week, would be reflected in an increase in irregular immigration to the Dominican Republic and its consequences in the trafficking and trafficking of persons and on the issue of marginalization and overcrowding.

Bonó Center executive Ruddy Berigüete, head of Human Rights and Accompaniment of Migrants, says often the conditions of the Dominican people to receive migrations are not given and that it is natural that “the first reaction that is assumed is one of threat or the fear,” of an avalanche of citizens from the neighboring country.

However, Berigüete indicates that the last time there was an increase in the flow of Haitians in the Dominican Republic was after the 2010 earthquake that affected the poorest nation in America, but that the State managed to adopt a clear policy on the subject and knew how to contain it with appropriate measures, although “not necessarily the most appropriate.”

Shoot at will at the border, we need that ISARELI border clearence to shoot anyone passing to our beautifull country

The Haitian invasion crisis drum is being pounded harder. It is all noise! The RD has 10,000 plus armed troops at the border, enough to keep the desperate poor hordes on their side of the border.

Fear of Haitians and their invasion is a stoked agenda meant to take attention away from more acute matters facing the RD, i.e., fallout from all the government scandals.

People like you always said things like this, but in reality the biggest treat to the development of our country in the constant Haitian indiscriminate invasion.

Piti stay in your side of the island dipsh*t

Thy are already here too late . The country wil lnever be the same again