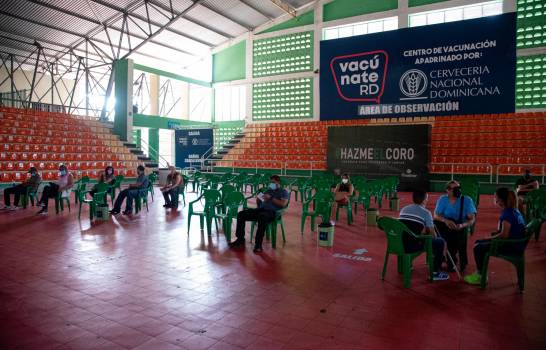 In this period, vaccination in the second dose increased by 2.6 percentage points and the first by 1.5, so the inoculation process slowly advanced towards the desired 70%. As a result, it will be possible to eliminate the curfew and achieve herd immunity.

In this last month, the province that advanced the most was Espaillat, which went from 63.2% of vaccinated with second doses to 71.9%, thus eliminating the curfew. At the other extreme is San Cristóbal which from 44.7% increased to 47.8% in the double dose.

Although the authorities have explained that many of the people living in San Cristóbal have been vaccinated in Santo Domingo, according to the statistics of VacúnateRD, from August 19 to 30, vaccination in this demarcation went from 44.7% to 46%.

In Moseñor Nouel, by August 19, 44.9% of its target population had received the second dose of the vaccine, while by September 21, the figure rose to 48.4%.

The Duarte province registered two samples with the Delta variant, which went from 47.9% having had the second dose to 49.8%.

Only these six provinces are below 50% vaccinated with two doses; the others, despite the slowness in the inoculation process, if the current pace continues, will reach the goal first, then the provinces mentioned above.