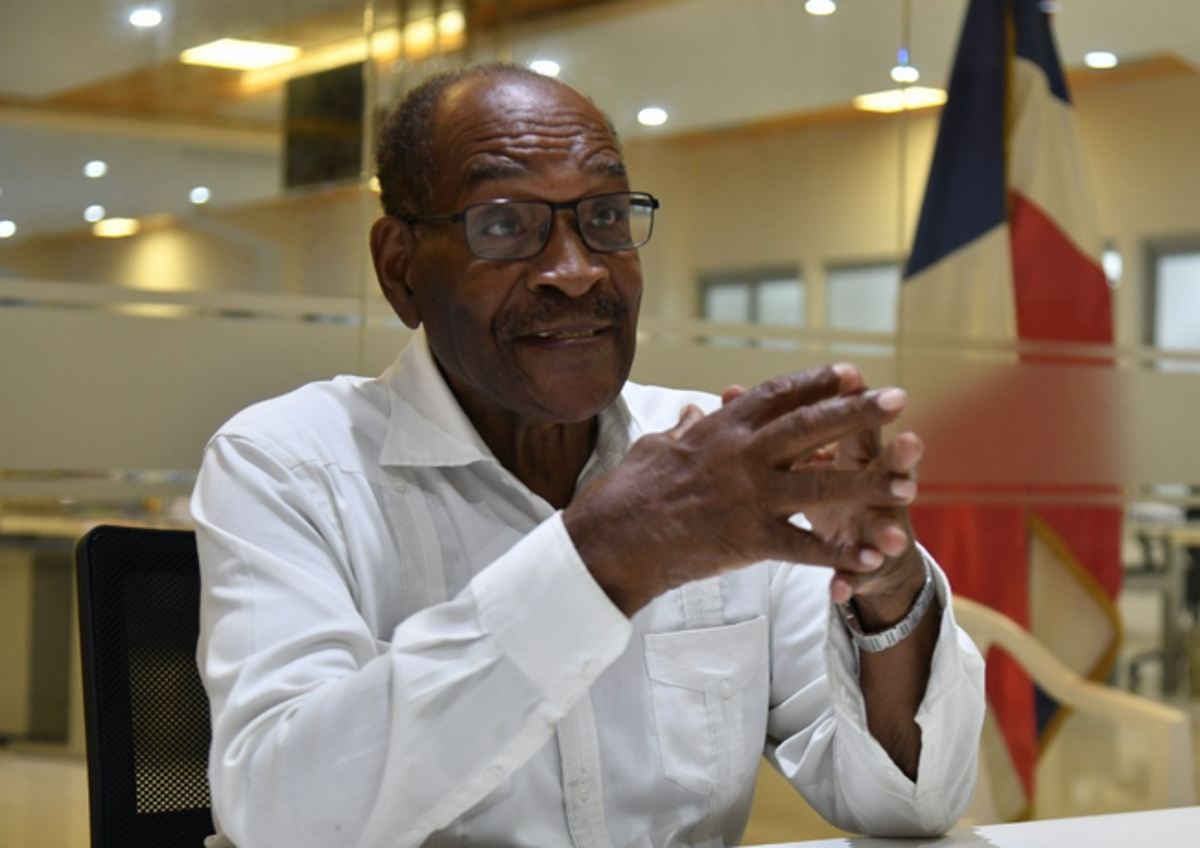 The former ambassador to Haiti, Paul Arcelin, considered yesterday that the Dominican government has a vital role in alleviating the crisis in Haiti, apart from the international collaboration mentioned by President Luis Abinader in his recent speech before the UN.

“The Dominican Republic can try to bring together Haitian leaders to discuss the situation and in that way achieve a peaceful decision,” said the former diplomat, after highlighting the robust commercial relationship that both nations have so far, which must be preserved.

Abinader declared last Wednesday before the UN that although he has shown and will continue to show solidarity with the Haitian people in the face of the crisis they are facing, “there is not, nor will there ever be, a Dominican solution to the Haitian crisis.”

In addition, he said that after the Haitian elections, “Haiti must prepare an integral plan of economic and social development supported in solidarity by the international community, since it is no longer possible to think only of humanitarian measures.”

Arcelin estimated that Abinader’s collaboration should be the main one since everything that affects Haiti in one way or another disturbs and splashes the Dominican territory. “They can really help to solve the crisis because they are part of the crisis,” he said, referring to the Dominican government and the call made by Abinader to the international community. On the mistreatment of Haitian immigrants in the United States, he said that “it is a terrible crime what they have done to Haitians, the guards on horses, with nooses to detain them… they treated them like mere animals. That is why even the Vice President of the United States, Kamala Harris, has spoken out about this,” he said indignantly. Likewise, he considered that U.S. President Joe Biden has turned his back on Haitian residents in his country after kneeling to get their votes and saying that “the policy would change.”

“What is happening in Haiti is the fault of the U.S. and the Western powers,” Arcelin said. Regarding the assassination of Haitian President Jovenel Moise, he stated that this was a long time coming. “He made so many enemies throughout Haitian society that the wanted one was him,” the former diplomat pointed out.

“With nooses to detain them”. This (some words deleted) is as stupid as Biden. However unfortunately this kind of scum just like the Biden scum panders to their low intelligence followers.

Mr ambassador, there is no solution for the Haitian Problem in the Dominican Republic, the DR must not intervene or play any role in any negotiation with the goverment and Haitian opossition for a dialogue, since Haitian are not interested in fixing thing up back in Haiti but rather to live on donations and contraband.

The Haitian mentality is to have as many kids as posible for the begging jobs and they look forward for people to feel sorry for them helping them with puting their kids to any work as long as they bring money home, they have a very different way of life

The DR surely dont hate Haiti, but we dont like to be minority in our country and Haitian must understand that, the DR is not responsible for Haitis 100 years of bad politics, the USA has more than enough land to give to haitians and posseses the biggest economy in the world, if USA could only take 8 million Haitians to aliviate the country, after all it was the USA who finally destroyed that country economically…

Keep your mouth shut with your racist comment about minority in your own country. The DR is not a white population country ( It does not matter what color you are , you are a human being and Haitians are human beings) check the color of your blood and see if it is not red .I can conquer some Haitian officials are corrupted to the bone and agree to gang up with others to destroy the country. Get educated about life and history of the world before you open your mouth.

You think im talking about beeing minority in my country is because of skin??? I already know you live in the USA where you want to bring the race fight you have over there, im talking about Dominicans beeing outnumbered by haitians and its not because of skin color its cultural we dont share with haitians a ton of stuff, for example language, religion, sports, music etc, lots of haitian are very violent and are diffucult to behave, poverty rate of Haitians are 97% and 99% of haitian that migrate to DR is extremly Poor invading Land and building houses illegaly on private Land, we cant take care of Haitians

Alberto Martinez, being outnumbered by Haitians due to skin color wasn’t RACIST. But, what is definitely RACIST is to say that Haitians are thieves and expect others to take care of them.

only cataclismic solution might work in Haiti. Temporary foreign government with police and army for few years to calm down all gangs that rul today…including the cortupt government and RESET the country…prepare foe new fair elections when situation is in favour. Haiti is wild and desperate and in a position to go down the drain.

Haitians WORK in your cane fields. EVERYWHERE that Haitians go, they are praised for their hardworking efforts. They take any job to feed themselves, to buy houses, to send money back to people in Haiti.

Haitians are estimated to have sent $2 billion of US dollars to Haiti. Part of those BILLIONS DOLLARS is the $1.50 taken by the government every time money is sent to Haiti.

When Haitians come to America, the business owners don’t cry bloody Mary. They NEED and want Haitians. Haitians do jobs that Americans don’t want to do. If your country has a large elderly population like America, you would see that many Haitians work as certified nurses aides (CNA), home health aides, maids, etc.

Every bad thing can be said of Haitians but NO ONE can accuse Haitians of being lazy. NO ONE.

Doto Jomo was right. You are a RACIST. What you said is what any KKK (Ku klux Klan) member would have said.

Biden is just pissed off that he has been doing an awful job protecting the border. He’s under pressure of both parties to control the border with Mexico.

Biden knows that if you keep your car or house unlocked that you will get robbed. Some owners blame the THIEF and not themselves for leaving their cars or houses unlocked!

I’m an HAITIAN who wants the DR to INVADE Haiti, IF, that’s going to put an end to the kidnappings. The diaspora want to be able to go back to Haiti to stay, to visit, to build businesses. Of course, the diaspora want that Haitians living in Haiti be able to move around without fear of being kidnapped, and getting shot and killed.

Asnath! It is so smart from your part wanting the DR to Invade Haiti and at the same time thinking about you as HAITIAN going back to HAITI. Have you thought on consequences of Haitians rights that would cost?

You are a reject of Haitian society. Dominicans have no business intervening in Haiti. If you were a real or valuable Haitian, you would go there and fight and not ask the enemy of your people to invade.

I and many other Haitians are excited and hopeful that DR’s president keeps his word to “pacify” Haiti. Whatever he meant by pacification of Haiti is WELCOMED.👏👏👏👏❤❤❤❤
VIVA, President Abinader!!!

Shame on you!!!! Slave mentality! Why you think ONU Exists????

Dude, the people in Haiti are suffering. They are scared of the kidnapping, gang violence, political uncertainty, etc, etc. Slavery in tha sense you said it is about ideology and discourse. The reality in Haiti is slavery. The people will welcome ANY LIBERATOR.

No they wont, especially Dominicans. Any so called “Haitian” asking for Dominicans to invade Haiti is not a Haitian. They are obvious rejects of Haitian society which is why they are living in DR.

Alberto Martinez, my 1st comment was that YOU didn’t say that you didn’t want more Haitians in the Dominican Republic due to their black skin color. You came close to SAY so. It’s more likely that you MEANT it though.

This ambassador is an idiot. He needs to stay in DR and join the other haitians in DR in the sugar cane plantations. No one in haiti cares about his views on the subject.