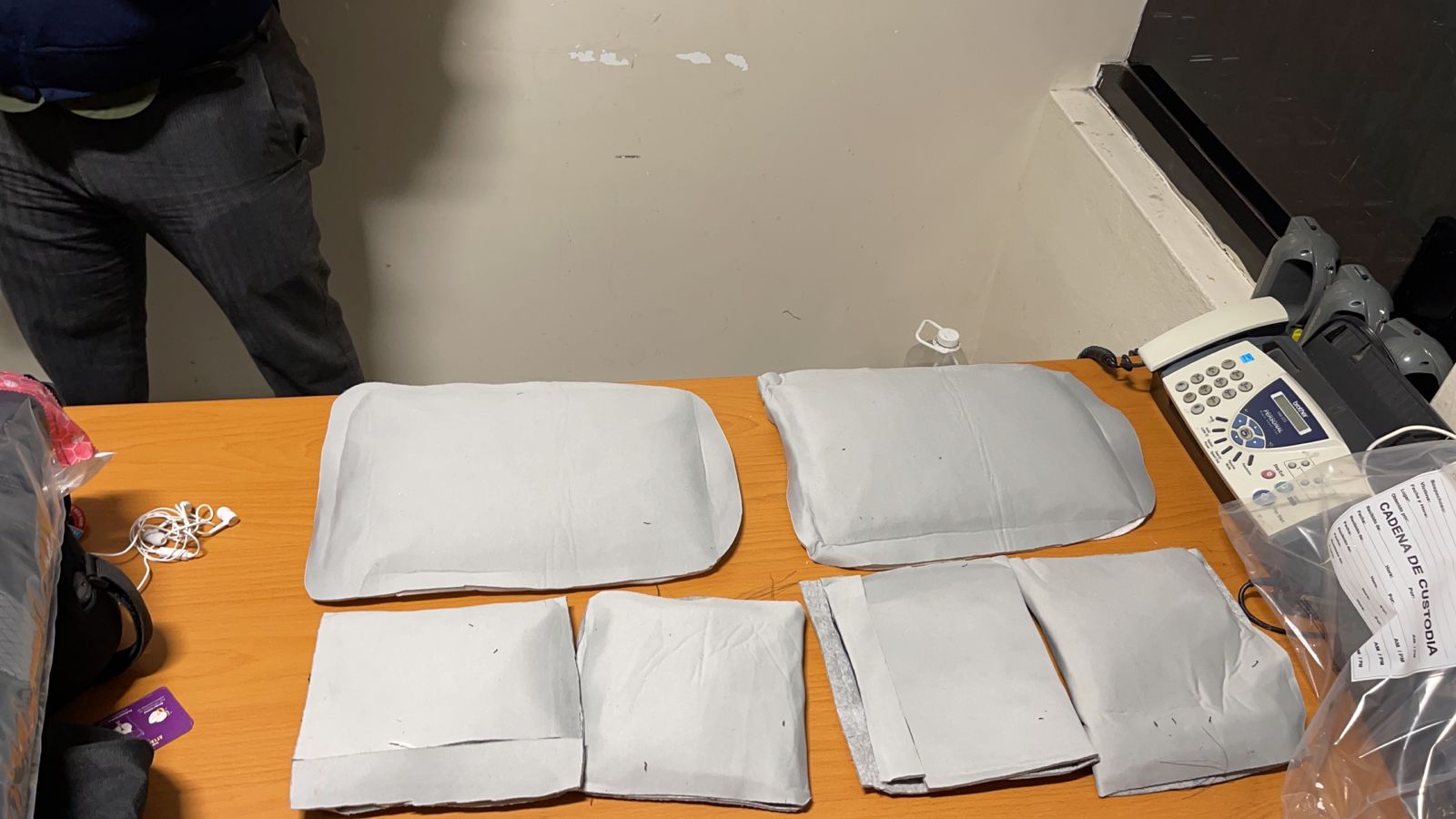 The anti-narcotics agents detected inside baggage, a backpack, and two wallets, in the interior of which were seized (in a double bottom) the packages of the substance.

For the case, the authorities arrested a Puerto Rican woman trying to travel on a commercial flight to Newark, United States.

The 60-year-old woman was handed over to the Public Prosecutor’s Office for coercive measures in the next few hours, while the DNCD investigative agencies expanded their investigations concerning this case.

The substance samples were sent to the National Institute of Forensic Sciences (INACIF) for the corresponding purposes.