Pennsylvania fugitive is gunned down in Santiago 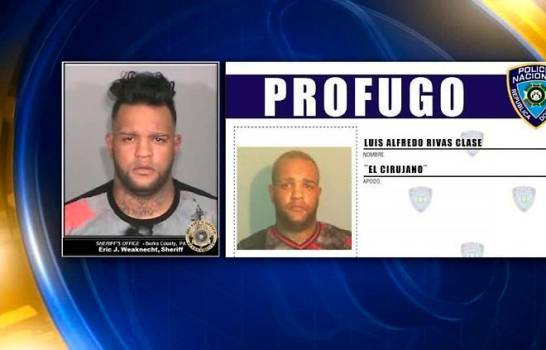 Santo Domingo.- A series of criminal accusations weighed over the man nicknamed “The Surgeon,” Luis Alfredo Rivas Class, who was gunned down Sunday in Santiago.

The man was being sought by Dominican authorities, linked to the attempted murder of former Major League Baseball player David Ortiz and was registered in the United States police records, wanted for an assault against a man, in addition to other crimes.

According to the district attorney for Berk County in Pennsylvania, “The Surgeon,” 33, was wanted for having shot, with intent to kill, a man in the city of Reading on the 22nd April 2018. The authorities indicate that the fugitive had threatened the victim, days before.

By then, Rivas Clase had become one of the most wanted criminals in the state of Pennsylvania.

Good riddens to this miscreant.

Dang I’m glad they got him, we don’t need these kind of basura atracando in the street.