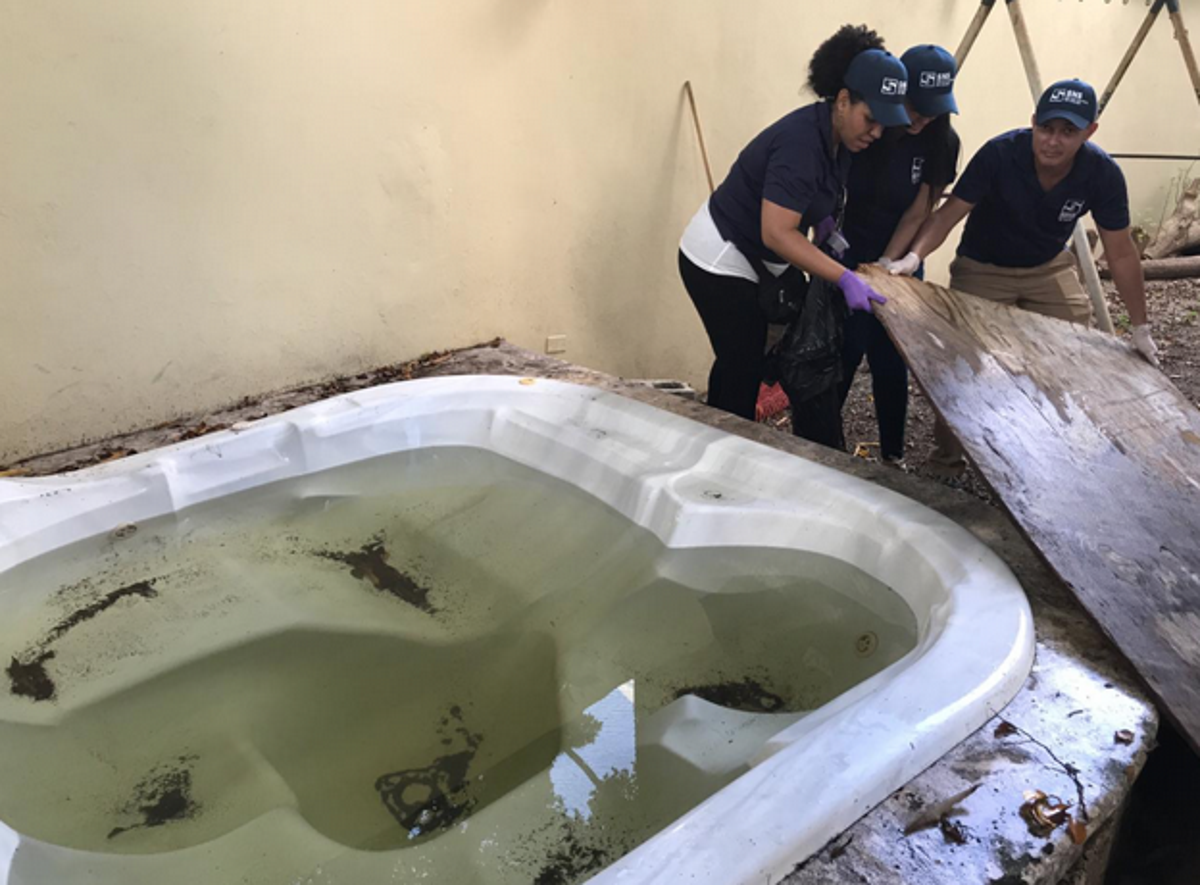 It is suggested to eliminate containers where clean water accumulates to prevent the spread of the mosquito.

Cases of dengue fever are maintained at the Robert Reid Cabral Children’s Hospital with an admission of three to five patients per day, as explained by the center’s director, Clemente Terrero.

“The cases of dengue have been maintained, every day cases are admitted. But yesterday only one case was admitted, that is very rare, because we have always been admitting 3 to 5 cases”, indicated the specialist.

Although he said he did not have precise data on how many disease cases have been registered at the health center, he indicated that the emergency rooms were full of patients yesterday and added that the wards had a total of twelve.

“We don’t know how the situation is today, because we have the emergency full. But in total we had about 12 cases,” he said.

Covid
About the cases of covid, he referred that the cases due to the disease have been maintained with the admission of three to five patients daily. However, he explained that all the patients affected by the virus are stable.

“Covid cases have unfortunately remained between three to five cases daily, but all of them are stable. Dengue is an infection caused by a virus transmitted by the bite of a mosquito that breeds in clean water.

Outbreaks of the disease occur most frequently during the rainy season.

Dengue can progress from classic to hemorrhagic, causing bleeding from the nose, gums, or under the skin. It can lead to massive bleeding and shock in severe cases, putting the patient’s life at serious risk.

Most people with dengue recover in about two weeks, and doctors’ recommendations are to drink plenty of fluids, rest and take non-aspirin fever medication.

Mosquito.
The Aedes aegypti mosquito is the main species responsible for transmitting viruses such as Zika, dengue, and chikungunya to people.

Expanded range.
It is native to Africa but is found in all tropical and subtropical regions of the planet.

This is what the useless authorities should be focused on ! not f— covid19