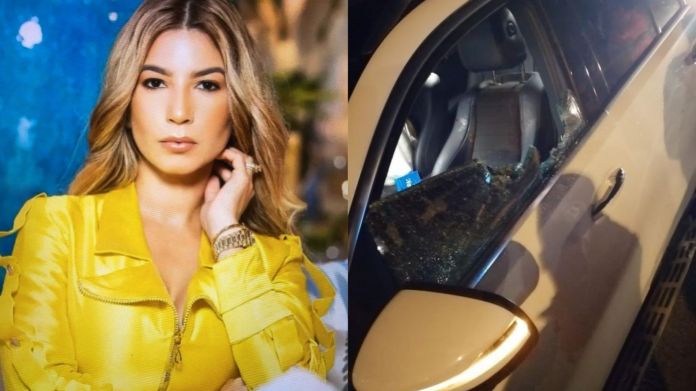 The young woman had participated minutes before in her father’s birthday, held at the Nautical Club in the municipality mentioned above.

So far, the authorities have not offered an official version of the death of the 35-year-old woman who was pregnant, according to preliminary information available to this newspaper.

Rosado was traveling in a white Mercedes Benz SUV, and according to several videos posted on social networks, she was killed inside the car as her 15-year-old daughter sat in the passenger seat.

This seems at first as similar to the incident of the innocent evangelical couple who were killed by police in Villa Altagracia this past spring.

Now for the rest of the story. The Listin reports the officer and his family traveling on a motorcycle was hit by Sra Rosado driving her Jeepeta. The family ended in the street. She did not stop. The officer with the help of another person followed her. He caught up with her, a confrontation occurred, his gun discharged.

I cant believe you believed that story even for a second 🤦‍♂️🤦‍♂️

What does that mean? His “weapon discharged”? That means he pointed his gun at her, he pulled the trigger and shot her in plain english. One does not pull out a gun unless they mean to use it, and he did. AKA, in the U.S. that is a double homicide. I believe the Dominican People have become too passive if they accept that. Just saying…