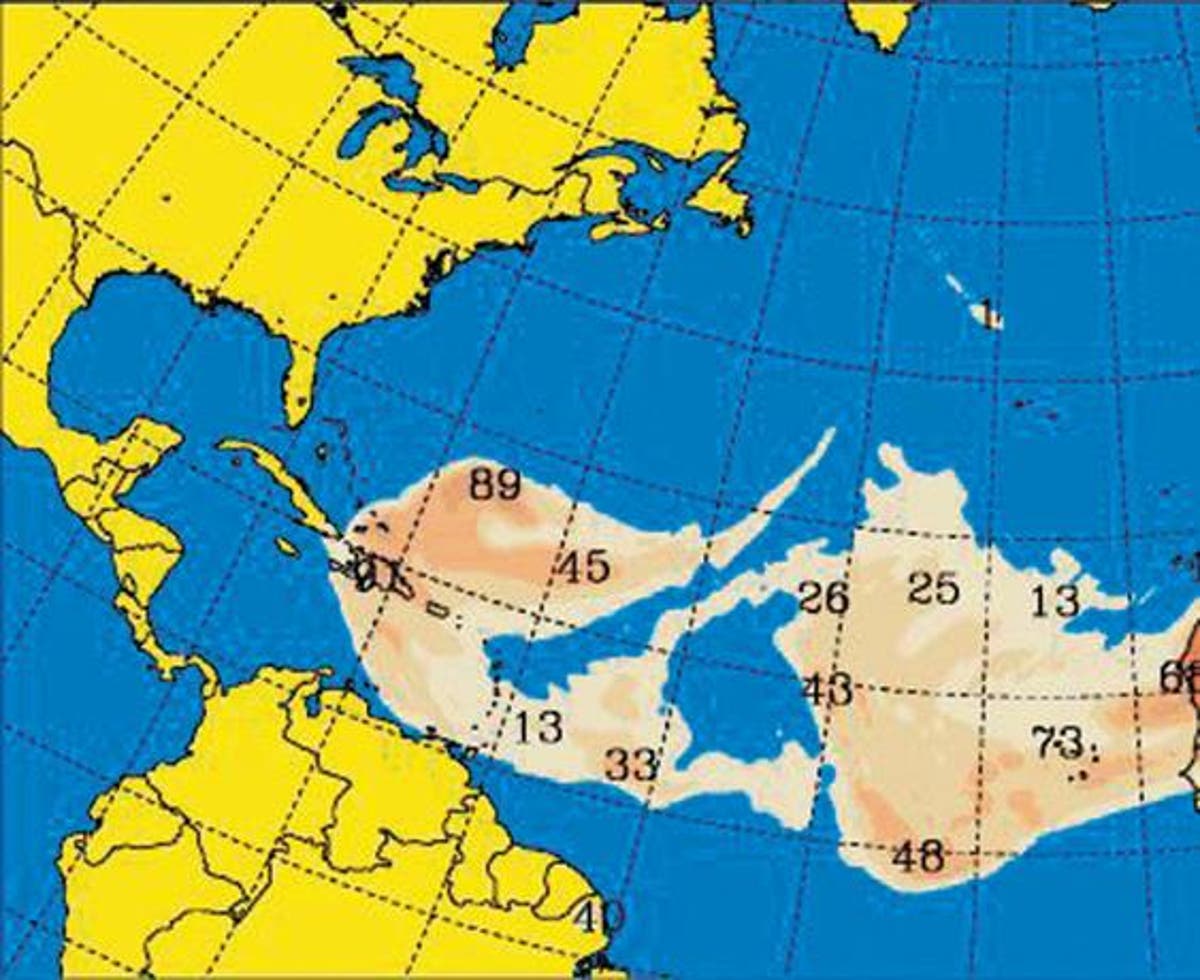 Dust from the Sahara is again entering the atmosphere over the Dominican Republic, but this time it does not come alone; it brings SO2 particles (sulfur dioxide) coming from the Cumbre Vieja volcano on the island of La Palma, in Spain.

This was confirmed by the director of the National Meteorological Office, Gloria Ceballos, who said that “always after the passage of a tropical wave comes Sahara dust, although already in October it begins to decrease significantly, but in addition to the Sahara dust from today SO2 (sulfur dioxide) will arrive from the Cumbre Vieja volcano on the island of La Palma, Spain.”

Given the threat posed by these sulfur dioxide particles and Saharan dust, Ceballos recommends the continued use of masks to protect the respiratory tract.

“We have to use them on a mandatory basis for COVID-19,” she added, after arguing that there is now even more reason to wear them.

As for the concentration of Saharan dust clouds with SO2 particles, the graph shows 89 microns per cubic meter today.

“These concentrations do not indicate that the air quality limits are being exceeded, but as I pointed out, the greatest precaution is for people with special conditions of respiratory diseases,” explained Ceballos to Listín Diario.

“Sahara Dust now comes with sulfur” ….This is just prelude to hell…how’s gonna be there…with smell of sulfur, what’s missing is grinding of teeth

The sulfur is odorless, at least to us humans, until it reaches 1000 to 3000 microns per meter. It would have to greatly exceed that amount to be a threat to one’s health.

It could be a hunch this year’s Sahara dust has diverted hurricanes from RD. Hurricanes in order to form need sun heated moist air rising into the atmosphere to meet cold air to create the cyclonic event. Suggest the dust clouds in and about the RD has thwarted sun heating and have hindered some cyclones from happening near it.