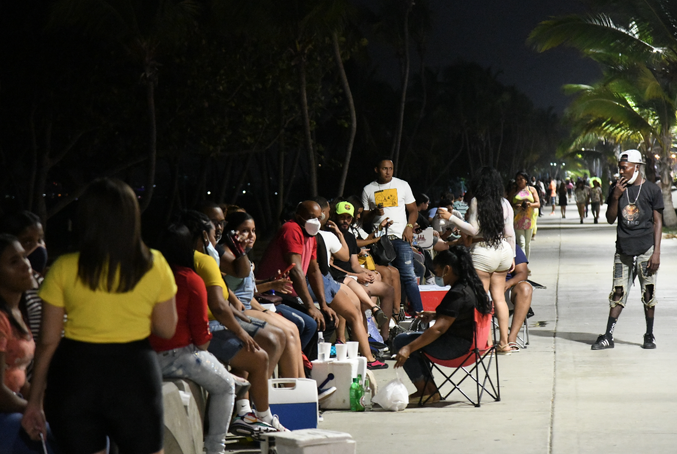 The Dominican Medical College (CMD) and the Dominican Society of Infectology are concerned about the announcement of the Executive Branch to dismantle as of this coming Monday the restrictions on the mobility of the population because it is done just when the Covid-19 virus is registering an increase in its indicators of new cases, positivity, and hospitalization.

This was pointed out separately by the president of the CMD, Waldo Ariel Suero, and the Dominican Society of Infectology, Clevy Pérez, who consulted about the Executive Branch’s announcement of this coming Monday dismantles the state of emergency and the curfew. However, he points out that the measures of use of mask and physical distancing must be followed.

Serum suggested that the government be a little more restrained in that decision to lift the curfew completely, especially when there is an increase in cases of the virus, with 700 and 800 daily, to which is added, the attendance of students schools in person.

“We made the observation to the authorities and we identified more with the previous scheme of lifting the restrictions on the towns that reached more than 70 percent of their vaccinated population,” said the president of the guild, who said that he would have waited a little longer before ending the State of Emergency or regional curfews.

He added that what he does suggest is to start the vaccination of children from the age of five, for which there is a consensus, except for the Dominican Society of Pediatrics, that asks for more research.

Self-care
Likewise, the president of the Dominican Society of Infectology pointed out that before the government decided to eliminate the curfew, personal and family self-care should prevail in the population, keeping the measures of the use of a mask more active and avoiding exposure to the virus in places where there are crowds.

He pointed out that people cannot understand the provision as Covid-19 no longer exists because the virus maintains its circulation. However, there is currently an increase in cases and hospitalizations with critical and intubated people, although, in others, it manifests as mild from vaccination.

“If those are the decisions that have been made and apparently there is no going back, then the only solution that remains is for people to take care of themselves and for institutions to continue demanding the use of masks and distancing themselves,” said Pérez.

The government decided not to request more states of emergency from the National Congress and to eliminate the curfew that has governed the country since March 2020.

FIGURES
Cases.
Since the new coronavirus pandemic began, the country has reported 363,735 registered cases positive for the virus and 352,073 recovered patients.