Requiring vaccination cards a violation of fundamental rights? Lawyers give their opinion 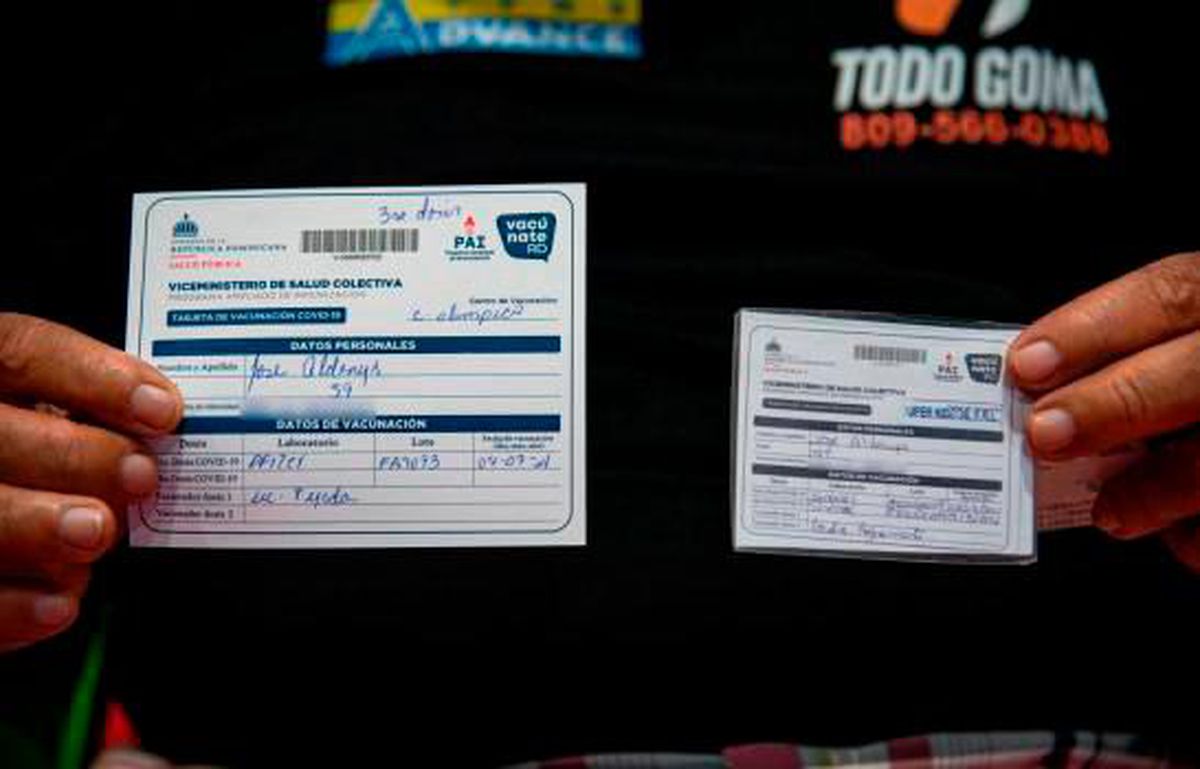 Following the lifting of the state of emergency, the Ministry of Public Health adopted Resolution No. 000048, which, among other measures, requires a vaccination card for the population over 12 years of age to attend public and private places and access the different means of public transportation.

With this measure, rights such as free movement, freedom of assembly, and association will be limited by submitting an inoculation report. According to legal experts, without a state of emergency in place, this decision provokes a clash of fundamental rights.

However, Alvarez’s claim that no sector has challenged it couldn’t be more wrong, as GOP and whole states have threatened many lawsuits and challenges. https://thehill.com/regulation/court-battles/572649-24-states-threaten-legal-action-over-bidens-vaccine-mandate

Also, it is wrong, misleading, and completely false to say that we adopted the same measure as the US mandate pertains to health workers, workplaces, and companies only: not public spaces.

“We all have liberties and rights, but my liberties end where the liberties of others begin, I cannot be an agent of contagion, of contamination, an agent that bets on the collapse of the public health system and the contagion of others,” he emphasized.

However, this view seems not to consider the fact that all the most recent data from Norway, Iceland, Singapore, Gibraltar, and Israel indicate that vaccinated persons continue to spread and transmit the virus and, therefore, remain “agents of contagion.” Thus, there is a strong counterargument here that has validity.

Lawyer Julio Cury expressed the opposite opinion. For Cury, the agency overstepped its bounds by indicating no regulation in Dominican legislation that requires the presentation of a vaccination record to travel.

“This resolution violates the principle of legality provided for in Article 40.15 of the Constitution: ‘No one can be forced to do what the law does not command nor be prevented from doing what the law does not prohibit’. This is an administrative action that, although presumed valid and enforceable under Articles 10 and 11 of law number 107-13, violates the principles of legality and normative exercise of power, regardless of whether it was done in the general interest.”

Attorney Claudia Castaños considered that the organism correctly justified its motivations; however, she highlighted as a drafting error its article 3, where it directly demands vaccination from minors.

“A resolution cannot speak directly to a minor, a minor does not have the capacity to voluntarily go to a vaccination center if he/she is not taken by his/her parents,” she analyzed.

The article criticized by Castaños reads as follows:

“Persons over 12 years of age must present an identity document and their vaccination card with at least two doses of the vaccine against COVID-19….”

Another controversial point is whether it will be logical and practical to present the identity document and the inoculation card in the means of mass transportation such as the subway, cable car, and buses. Castaños warned that this could slow down the movement dynamics of citizens and, in turn, cause more delays, inconveniences, and jams.

The Ministry of Public Health motivated its resolution after ratifying the Dominican Republic as an endemic territory. This declaration allows it, according to the General Health Law, No. 42-01, in its article 149, to take the necessary measures to continue controlling and mitigating the spread of COVID-19 in the country.

Article 61 establishes that, in matters of disease prevention and control, it is up to the entity to dictate the norms for preventing and controlling diseases in the workplace. In turn, Article 63 states: “Every individual or legal entity, whether public, decentralized or autonomous, must diligently comply with the legal and regulatory provisions issued for the control of communicable diseases in the population.”

In addition, Article 53 of the General Health Law gives it sanctioning power by citing: “Industrial work establishments that do not comply with the regulations or that constitute danger, discomfort or unhealthiness for the neighborhood, will be closed by the health authority.”

If a citizen feels that his rights are violated with the new Public Health requirements, he can challenge this decision, said constitutionalist Pancho Alvarez.

When submitting an appeal to the Constitutional Court, the judge in charge will harmonize or weigh which right prevails. For the jurist, the right to health is above “a few who resist vaccination.” Article 74 of the Constitution instructs the magistrate what to do in the face of clashes of rights:

“The public authorities interpret and apply the rules relating to fundamental rights and their guarantees, in the sense most favorable to the person entitled to them and, in case of conflict between fundamental rights, they will seek to harmonize the goods and interests protected by this Constitution.”

It is the mark of the beast wake the fuck up people!!!
This got nothing to do with your health

It’s worth looking on how to challenge this legally…

The day I see every motorcyclist wearing a helmet, I will then believe they give 2 craps about saving lives. Until then, this is yet another paper destined for the filing cabinet deep beneath some concrete slab government office.

But for a while they will enforce it, like papa US and mama China asked.

It is time to give your business to the people who always deserved it: the farmers, the trucks on the side of the road full of produce, the craftsmen beaten out by the big box stores.

Seek them out- and thank god they still exist to be found.

So constitutional lawyer Francisco Alvarez proved himself an imbecile as soon as he opened his mouth, and yet they still used his opinion? What kind of reporting is that?

I have JJ vaccine one dose and done, they can fuck off!

This has *nothing* to do with health or “following science.”

This has everything to do with population control. Just wait until that QR code is hooked into your financial accounts. The NWO will own you and your “social credit rating.” Don’t toe the NWO line? Your QR code shuts you out of your life…and money and transit.

You are witnessing evil take over the world. You don’t think Australia can’t happen here?

Every freedom- loving sovereign man should be outraged.

What’s next? A yellow star required to be displayed on your person for the unvaxxxed?

No doubt the social Nazi’s swoon over the authoritarian possibilities. They can be identified by their enthusiasm of this latest mandate.

Is no coincidence Obama’s messenger girl Sam Powers visits the DR, and two days later the mandate is announced.

I moved to Santiago in January, I like it here in the R.D. , but even reading an article is giving me great hesitation of staying and just returning to Florida. People don’t understand that what governments around the world and the media everywhere are calling a vaccine is not a vaccine by definition. What people are being given are immune system booster shoots that are highly untested. There is no chance I’m ever getting any of these shots. My 2 cents.