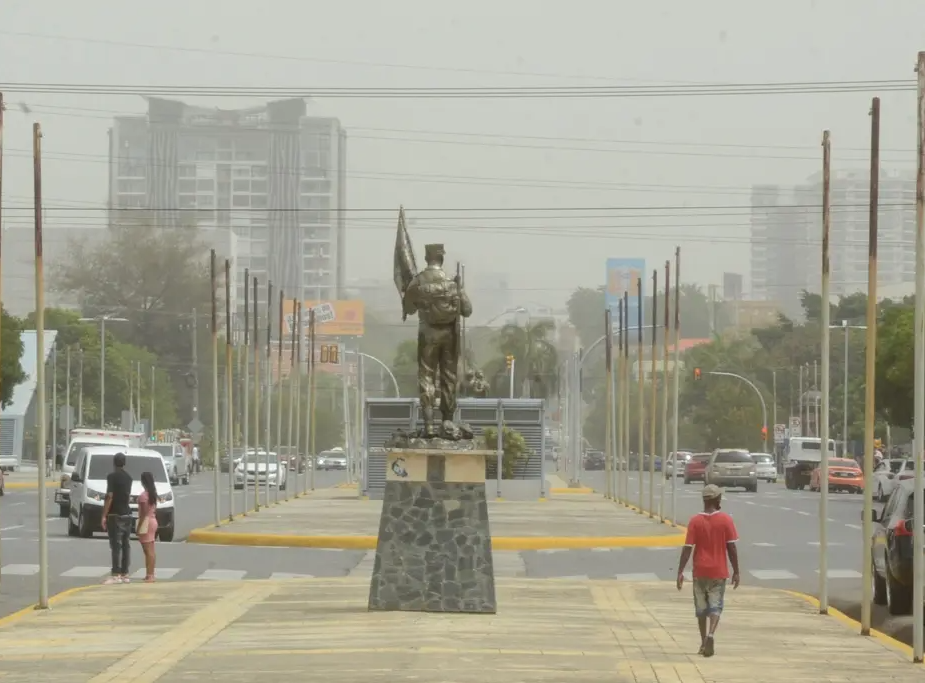 Sahara dust is heavy for the moment over DR

The National Meteorological Office reported that dust particles from the Sahara would maintain warm temperatures and scarce rains in the national territory.

This Sunday, low rainfall levels will prevail over most of the country, favored by reduced values of humidity in the air mass over the country. Additionally, there is a light to moderate layer of dust from the Sahara; therefore, in the morning hours, there will be scattered clouds, hazy skies, and warm temperatures, with the possibility of slight increases in cloudiness. These conditions could cause isolated showers with possible thunderstorms in focal points of the Central Cordillera and the northeastern and eastern regions of the Dominican territory, driven by local effects and an increase of moisture brought by the wind occurring mainly in the afternoon and early evening.

Starting early Monday morning and early morning hours, important changes are expected in the weather conditions due to increased humidity content and instability over our territory as an active tropical wave approaches the country. This, in combination with a low-pressure trough located in the eastern portion of Cuba, will cause clouds with locally moderate to heavy downpours, thunderstorms and wind gusts over most of the country, but being more frequent in the afternoon and evening towards the north, northeast, southeast, Central Cordillera and border areas.

A non-tropical low pressure area located about 160 kilometers off the southeast coast of North Carolina (USA); generating a disorganized area of showers and thunderstorms, with an average probability of 50% to become a subtropical cyclone in the next 48 hours. Due to its location and movement, it does not represent a danger for the Dominican Republic.