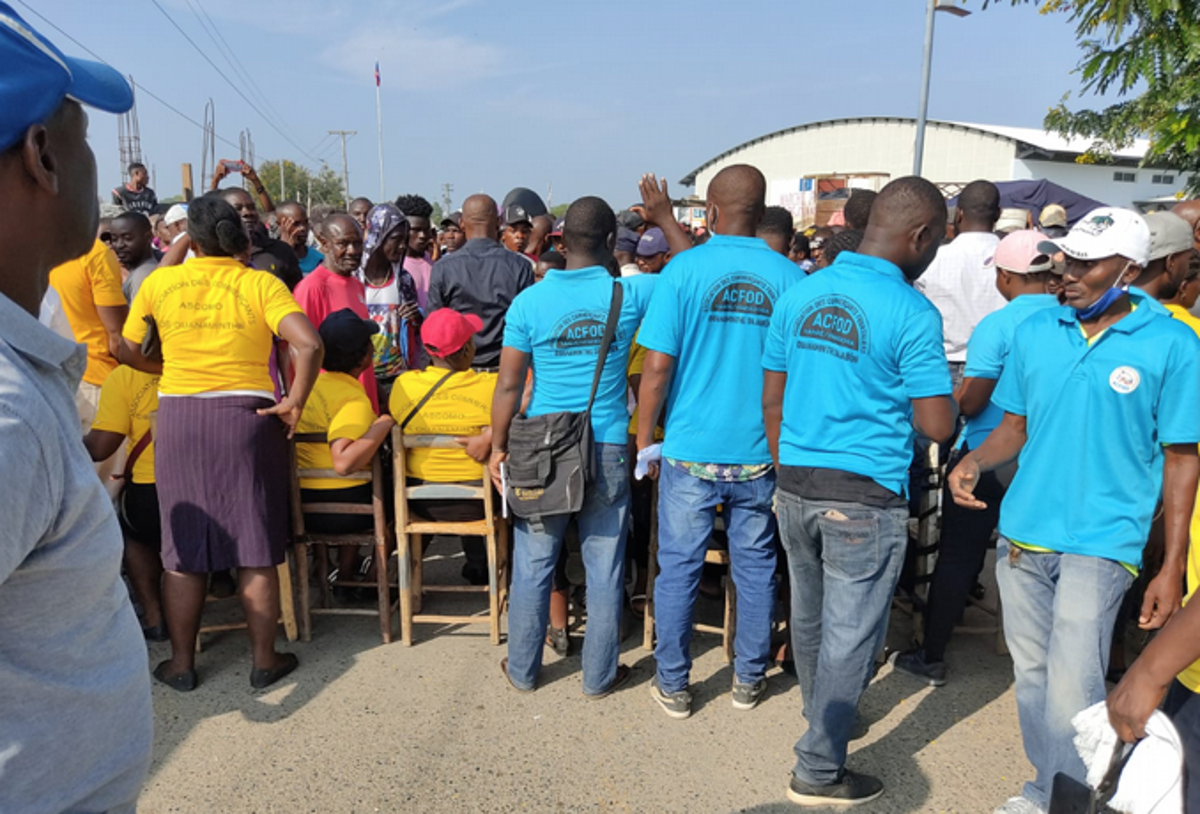 The commercial exchange between border communities of Haiti and the Dominican Republic takes place on Mondays and Fridays in the binational market of Dajabón. FILE / LD

Haitians allege authorities mistreat them in the country.

The operation of the binational market in this border city was very precarious yesterday due to the boycott that Haitian organizations raised against alleged abuses committed against its citizens by Dominican authorities.

According to the Haitians, they seize merchandise from the buyers of products. Then, instead of taking them to the Customs headquarters on the borderline, they deposit it in the Cesfront offices, making a recovery difficult as a military body.

Yesterday, during most of the hours of operation of commercial activities between citizens of both countries, the panorama looked significantly reduced since on the Haitian side, they let those who had passports and other specific qualities pass, but not all those seeking to buy and sell as is the usual procedure.

This situation, which generated severe limitations to the functioning of the market, caused concern to Dominicans who, from different parts of the region, travel with their merchandise and could not sell it at the usual levels, as when the exchange functions normally.

Many traders complained about the unnecessary difficulties created, which caused them many losses since they had to incur heavy investments, especially with the expensive fuels to reach Dajabón with their vehicles full of articles.

The market works en masse on Mondays and Fridays in this city, although on other days of the week, informal commerce is also generated, to a lesser extent.

Agriculture
Although all kinds of products are marketed in this market, those with the greatest demand from Haitian consumers are those of agricultural origin, the strongest in the Cibaeña region.

They also sell industrial products, but in less quantity as pasta, canned goods, medicines, and others. But food, meats, vegetables, fruits, and vegetables predominate, which are consumed in greater quantity by residents of the neighboring country.

The Haitian market also demands chicken and eggs from agriculture, both buyers for direct consumption and small traders, to supply their businesses in the towns near the border.

While Dominicans demand more finished non-food products, such as alcoholic beverages, not of Haitian manufacture, perfumes, clothing, and footwear of different kinds, such as shoes and tennis shoes that arrive in the neighboring nation, generally donated by more developed countries.

HAITI
Few.
The Haitians who crossed over to buy and sell were few due to alleged mistreatment by Dominican authorities.

Protest.
On July 27, the binational market for Dajabón was reactivated after protests in Haitian cities over the assassination and burial of President Jovenel Moise.

After the crisis.
On that occasion, thousands of Haitians flocked to Dajabón to stock up on products and exchange business with Dominicans.