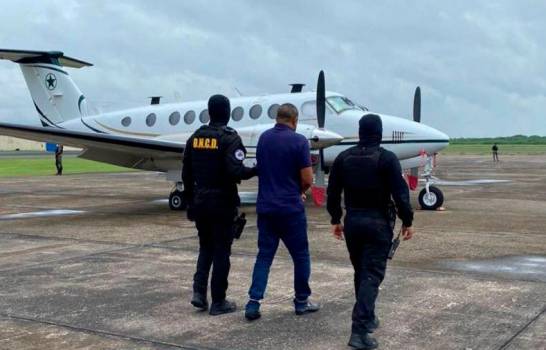 It’s the second time in less than 15 days that the head of state signs the expatriation of three Dominicans. On September 30, Nock Regalado Arias and Arcenio Feliz Cuevas were expatriates to the United States, and Joel Ramírez Javier to Argentina to answer for alleged links with drugs.

Balbuena Agueda, former mayor of the Dominican Liberation Party (PLD), against whom there are five drug charges in Puerto Rico, and Yamil Abreu Navarro, former leader of the Modern Revolutionary Party (PRM) in Las Lagunas, Padre Las Casas, Azua, are part of the political leaders sent to the United States for their relations with drug trafficking.

Yamil Abreu Navarro was the first to be extradited by President Luis Abinader.

The first to start the list was Yamil Abreu Navarro, former municipal director of Las Lagunas, wanted by the United States to answer three drug charges in court in New York.